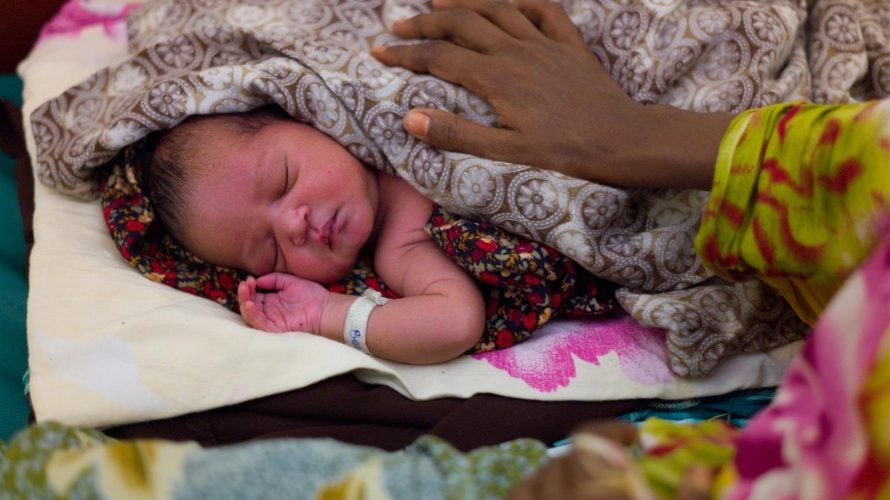 A newborn baby lies under his mother's arm at the Garissa Provincial Hospital in the provincial capital of Garissa in Kenya.

Social cash transfers are an increasingly popular tool in African national governments’ social protection strategies, but a question that often comes up about their use is will such programmes – targeted to families with young children – encourage parents to have larger families in a region with stubbornly high fertility rates? Researchers at UNICEF’s Office of Research-Innocenti conducted rigorous analysis using data from the Transfer Project to find out. Social transfer programmes have protective impacts on a range of well-being, economic and protection outcomes among children and their family members. However, implementing the programmes hits a major barrier in some countries due to a belief that transfers aimed at households with young children will encourage families to have more children to obtain or maintain eligibility. In sub-Saharan Africa, fertility declines have occurred more slowly than in other regions and the total fertility rate still stands at 5.1 (the highest of any region globally). Thus, unintended consequences like fertility incentives are understandably a concern for policymakers designing social policy. 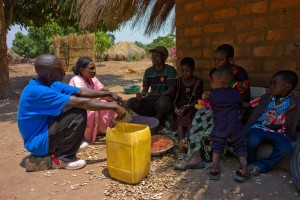 Community Welfare Assistance Committee members talk to Lightson Ngonga, his wife Loveness Mwenya and children in Kabwe village in Zambia's Northern Province. The family benefits from the social cash transfer program for an under-5 child.
Evidence from around the world, including in Latin American and Africa, largely suggests that cash transfer programs targeting poor households (usually with children) do not, in fact, increase fertility. Specifically, in Africa, research from Kenya, Malawi, South Africa, and now Zambia, demonstrates no increases in fertility as a result of national government cash transfer programs. In fact, in South Africa’s Child Support Grant, a national, fully-scaled up program targeting poor households with children – the most likely place we would see unintended fertility consequences – fertility did not increase, but in fact women receiving the benefits for their first child were more likely to delay a second birth than similarly poor women who did not receive the grant, suggesting that the grant empowers women to reduce unplanned pregnancy. Impacts of a large cash transfer programme on fertility in three districts of Zambia are examined in a working paper released by UNICEF Innocenti. The Child Grant Programme, which universally targeted households with children aged zero to five years, was implemented through a cluster randomized control design, in which control households were to be enrolled three years after implementation. This enabled researchers to rigorously evaluate impacts of the programme on a range of outcomes, including food security, housing conditions, child health, and productive activities. Further analysis of this evaluation data found that the programme had no impact on fertility over a four-year period. This was true among women directly receiving the transfers as well as other (and younger) women in the households. This new evidence from Zambia supports growing evidence from around the world that fears of unintended consequences, particularly encouraging fertility, of government cash transfer programmes are not supported by rigorous impact evaluations.   Tia Palermo is Social Policy Specialist in the Social & Economic Policy Section at UNICEF’s Office of Research – Innocenti, where she conducts research with the Transfer Project.   The Transfer Project is working to provide rigorous evidence on programme impacts in an effort to inform future programme design and scale-up. For more information on the Transfer Project’s research on cash transfers, we invite you to read our research briefs here or follow us on Twitter @TransferProjct.