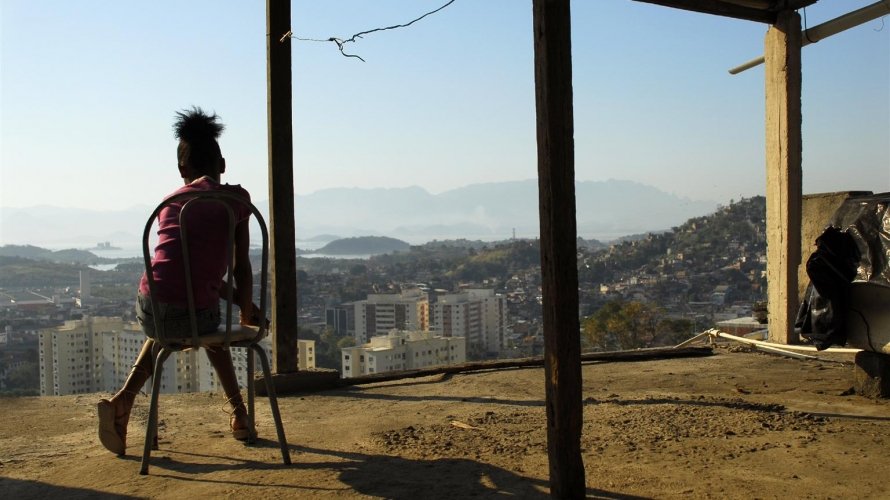 With suicide and self-harm now leading causes of death and injury among young people between 15 to 19 years, UNICEF and WHO are coming together for the first time at the Leading Minds for children conference to tackle the growing scale of mental health disorders among children and young people. On World Mental Health Day (10 October) this interview, extracted from the full podcast, presents a fascinating discussion on this emerging global priority for children and young people. 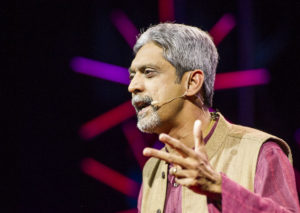 Dr. Vikram Patel
Sarah Crowe: As a specialist in mental health over many decades, how do you see the scale of mental health concerns facing children today? How has it evolved over the last 30 years since the convention of the rights of the child? Vikram Patel: Mental health in the global context has been the orphan child of global health, and children's mental health has been the orphan child of global mental health. The real scale of the crisis is that we know so little about mental health problems in children in the global context and that the overwhelming majority of children who are already experiencing mental health problems receive neither the recognition, nor do they receive any form of intervention that we know can transform their lives. If you had to ask me what is the actual proportion of children who suffer this kind of neglect, I would say that in most parts of the world - particularly in low income countries - it is virtually 100 percent of children. I think this is the real scale of the crisis: the complete lack of recognition of the mental health needs of children globally.

...the focus of children's health and well-being has moved from children surviving to children thriving.

SC: Is it true to say that for underdeveloped countries or communities, mental illness in children is becoming more apparent? VP: Absolutely. I think that is certainly one reason why children's mental health is emerging as it were from the shadows as the focus of children's health and well-being has moved from children surviving to children thriving. It's becoming very apparent that to thrive one needs to have good mental health and that children's mental health problems become more visible, as childhood mortality and physical causes of sickness become much better controlled. Thankfully, it's emerging from the shadows. SC: Can you take us through the child mental health risk factors? At which points in a child's development do they arise? VP: In the earliest years of childhood, the major concerns are those to do with early-life brain development. Intellectual disability and autism being the examples of what some refer to as developmental disabilities. In middle childhood, you begin to see the emergence of emotional disorders, particularly, anxiety disorders. And in adolescence you see the greatest surge of emotional and behavioral disorders, particularly in post puberty years, where you see the emergence of mood disorders, self-harm behaviors, conduct problems and substance use conditions. So, you see quite different conditions occurring at these broad developmental phases of early childhood, middle childhood and adolescence.

SC: What about the growth of gender fluidity, or young people choosing actively to associate themselves with being non-binary or searching and exploring a new identity? Is this influencing adolescent mental health at this vulnerable stage of their lives? VP: I don't think this is necessarily a recent development. I think this has historically always been part of our sexual identity, but that it has been more suppressed by rigid and inflexible social norms for a very long time. And I think we should celebrate the fact that many of those orthodox and rigid social norms are being challenged now. And so that it gives greater freedom of space for young people to reject the binary approach of sexual identity. Obviously, where mental health problems arise is when they encounter continuing rejection of those identities by orthodox social norms. Let's be honest: in most parts of the world, orthodox social norms continue to be a major cause of mental health problems. And this has to do not only to fluid gender identity, but with a variety of other denials of autonomy and freedoms that young people continue to experience in many populations around the world. 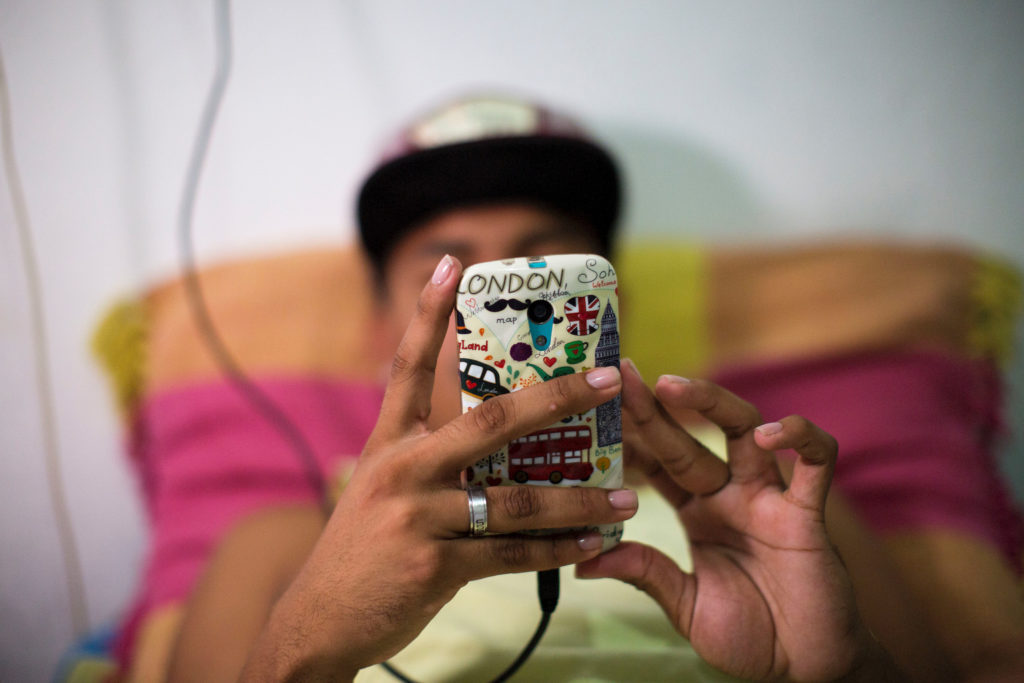 Rondiney Diniz, 20, looks at his mobile phone, inside his home in the city of Fortaleza, in Northeastern Brazil.
SC: Has the digital era created greater burdens, greater levels of toxic stress? VP: I certainly think there are unknown perils to do with the digital world. Particularly in childhood and early adolescence, when the brain is very rapidly developing. It is very plastic, it's responding to the environment in exquisitely sensitive ways. And if that environment is one in which you've replaced interaction with real people with a digital world in which your interactions are with virtual people, it's hard for me to know exactly what that impact might be on the brain, but it's not something that we were evolutionary developed to deal with. I think the jury's out about the exact nature of those risks. SC: You've written a lot about the prevention of mental illness and authoritative parenting. What can teachers, caregivers, parents do to put their children on the right path to mental health, whether it's online or off line? VP: Authoritative parenting, in my mind, is the balance between laissez faire parenting - which says, 'whatever you want to do is fine' - and this is different from authoritarian parenting - which says, 'whatever I want you to do is the only acceptable way to do it'. Authoritative parenting is recognizing the growing needs for autonomy as a child transitions into adolescence and then ultimately into young adulthood. It is really a fine art. There isn't necessarily a set of rules that one can apply to identify when a child is entitled to be making more and more decisions of their own. In terms of what parents, children and teachers can do, one most important thing is that we know about children's mental health. While all mental health problems will finally involve some biological dysfunction in the brain, we also know that the most profound influences on brain development and mental health are in the environment. A single way of describing what promotes good mental health is that the environments are nurturing and that they provide a secure space for young people and children to express themselves and be heard. 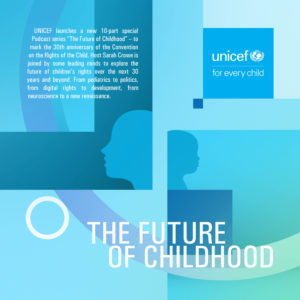 Clcik the image to hear the full interview with Dr. Patel covering a wide range of key issues on global child and youth mental health.
SC: How helpful do you think the Convention of the Rights of the Child has been in prompting action against the worst side of stigma, which often leads to horrendous abuses committed by states, communities, families? VP: I think the convention's been a singularly important tool to enshrine the right for a child to live in an environment which is free of fear, of abuse, of neglect and of violence. I think it has been the foundation for many legislations in countries around the world that protect children. However, it would also be fair for me to say that in most of these countries, the actual implementation of these aspirations in the real world has been marred by a number of different barriers. Not least, the fact that most states are unable to in fact see the child as being autonomous from their parents and it is the home environment, especially in early childhood, when so much of the neglect experiences occur. SC: And can you share examples that show these violations up for what they are? Could you give us something you might have seen or experienced or heard from young people? VP: The most important violation is growing up in extreme poverty, in circumstances where parents are unable to provide their children with the necessary emotional nurturing that is so essential to their development and well-being. So, this is not about parent blaming: I want to really stress that. I want to emphasize that families are caught in a vicious trap of poverty, and the failure of the state and of society more generally to recognize children's needs in those extremely marginal settings is what I consider the single biggest threat to well-being in the global context. SC: If we could look forward what are the trends that you see unfolding? What makes you most optimistic about the prevention, care and treatment of mental illness? VP: What gives me greatest hope is the recognition of mental health more generally and children’s mental health more specifically. Mental health is being seen as a global priority. This is not something I witnessed 20 years ago and the very fact that UNICEF, for example, is championing children's mental health, is a sufficient indicator of that transformation. I also see a wonderful opportunity because of the science that we have, of neurodevelopment, clinical and public health interventions for children. We are not working in a vacuum of knowledge. We actually have a lot of things we know can be transformative. I think the real challenge is delivering what we know can be transformative. Another major challenge of course is the continuing stigma attached to the discussions around mental health and well-being. Adolescents don't like to see doctors for any condition, not least for their mental health. Because of a very narrow medical approach to child mental health it is rejected by most children and adolescents. We need to put them front and center in thinking how that should be done. SC: “Nothing about us, without us” is the way forward and we hope to be able to take this on very seriously, going forward to Leading Minds 2019.   Dr. Vikram Patel,  professor of global health at the Harvard University School of medicine and co-founder of Sangath Foundation in India . His work over the past two decades has focused on reducing the treatment gap for mental disorders in low resource countries.  Dr. Patel will be a keynote speaker at the first Leading Minds 2019  conference at the UNICEF Office of Research – Innocenti in Florence, Italy.