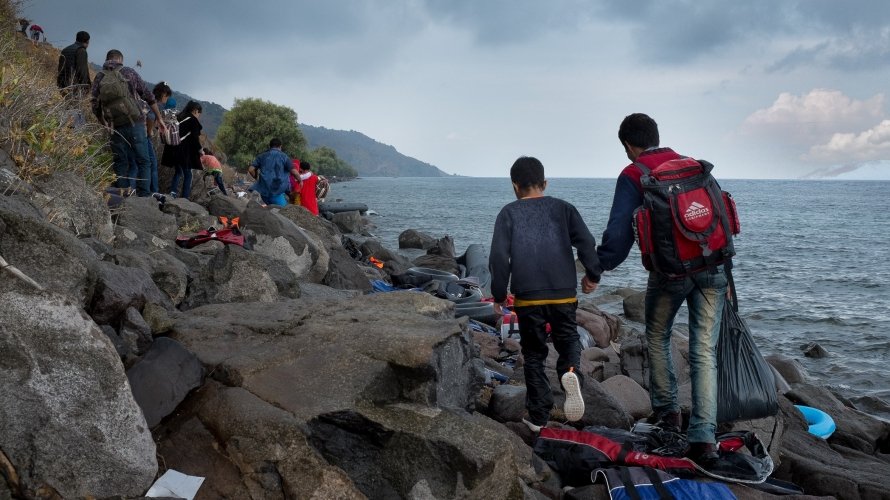 A father holds his son's hand and he walks with other refugees, primarily from the Syrian Arab Republic, Iraq and Afghanistan who are being aided by volunteers as they disembark boats near Mithimna, on the island of Lesbos, Greece.

Migration is a major human phenomenon that has accompanied civilization since the origins of mankind. People have been moving across regions, countries and continents in search of better opportunities for millennia; however, in recent years migration has become an extremely urgent and complex issue – even a hot topic in the political arena.Although migration has been investigated in countless studies, some critical unanswered questions regarding children remain: for example, do children’s living standards in the country of origin play a major role in the decision to migrate? To what extent do limited educational opportunities and unsafe environments for children affect migration decisions? These elements may mostly influence parental decisions, but they might also be influential factors for people without children looking for a better life. In fact, child rights and the quality of educational systems are important indicators of social and cultural development in a country. 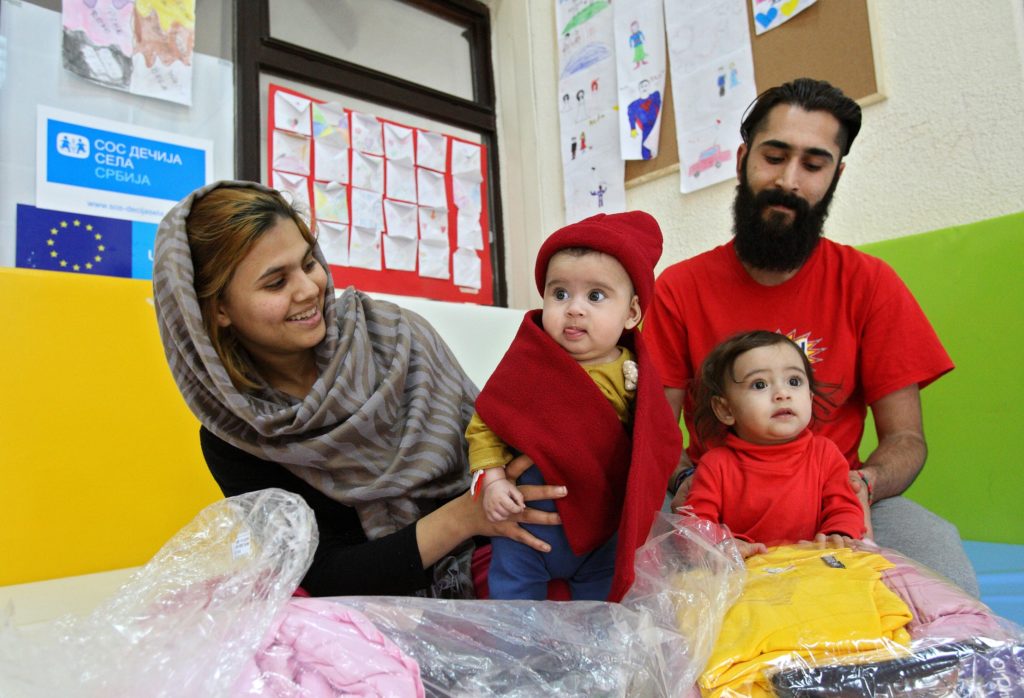 A refugee family from Afghanistan look at clothes in the UNICEF children's corner in Divljana refugee camp in Serbia.

Migration is a child and youth related issue, with aspirations to migrate highest between ages 17 and 22 and parental perceptions about child well-being a significant push factor

A forthcoming Working Paper from UNICEF Innocenti analyses these issues by exploring data from the Gallup World Poll (GWP). This unique dataset can provide valid global insights into migration and migrants’ experiences, with focus on the condition of children in their home country and on the presence of youth within the households. It is a repeated cross-sectional dataset, representing 98% of the world’s adult population (over 15 years old) since 2006.Gallup World Poll data allows researchers to monitor migration trends, to describe and identify common features characterizing potential migrants (age, gender, education, income level and marital status). It can identify where potential migrants may currently be and where they want to go. Researchers even investigated whether child-related factors influence migration intentions and plans. The Youth Development Index, available as a GWP dataset, gathered child-related concerns through three survey questions able to capture respondents’ sensitiveness in this regard (specifically, they have been asked their opinion about: children treated with respect; children have an opportunity to learn and grow; their levels of satisfaction with education services).This work represents the first attempt to quantify the extent to which child-related concerns influence migration decisions. Ideally, it will pave the way for attracting the attention of both academics and policymakers to this issue. Some striking findings arising from our analysis are: Globally, the effect sizes of children-related concerns are comparable to the effect sizes of factors related to economics, governance and lack of security, which are usually put forward as likely drivers of migration. Perceived child well-being, in particular, has been revealed to affect migration intent more than factors like satisfaction with public services or food deprivation. Also, when we look at migration plans, factors such as satisfaction with public services, economic conditions and confidence in key institutions play a secondary role with respect to child-related concerns.

A more in-depth analysis reveals different results based on regional differences in income levels: households in upper-middle-income countries devote greater importance to children’s well-being than households from other income regions (in both migration intent and plans). In addition, child-related issues in high-income countries lose their importance, remaining statistically significant, in favor of other factors, traditionally considered as drivers of migration and affecting migration intent.In addition to this, researchers showed that young, male and single people, and those with secondary education or higher reveal the strongest intention to migrate and plan to do it.This new evidence supports the hypothesis that child-related concerns are potential drivers of migration. Ideally, this is a major starting point for further analysis, which could emphasize the role of youth and the presence of children in decisions to migrate and, specifically, investigate the role of children’s well-being in the country of origin as a major push factor.Sara Burrone is a research fellow at the Consiglio Nazionale delle Ricerche. Bina D'Costa is research and evaluation specialist (migration) with UNICEF Innocenti. Göran Holmqvist is Director, Asia, Middle East and Humanitarian Assistance with Swedish International Development Assistance (SIDA). Explore the UNICEF Innocenti research catalogue for new publications. Follow UNICEF Innocenti on Twitter and sign up for e-newsletters on any page of the UNICEF Innocenti website.