Do the Seven Kingdoms of Westeros need seven measures of child deprivation? 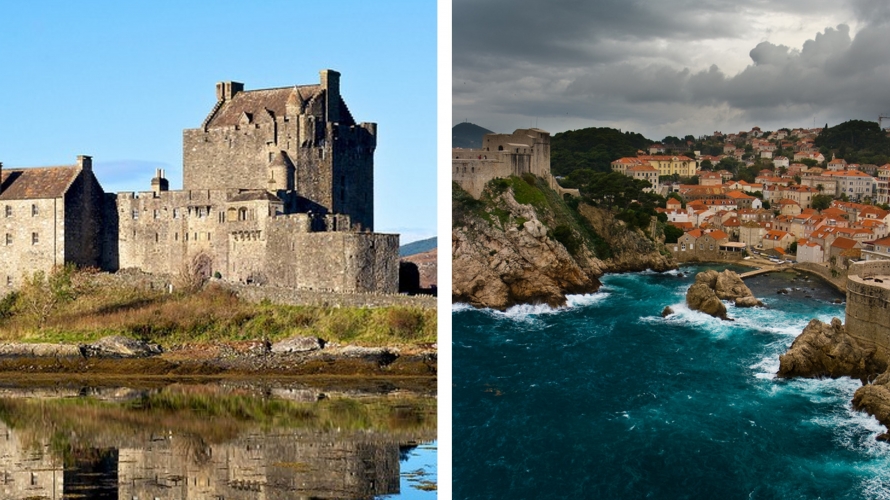 Familiar film locations from the famous television series Game of Thrones in Northern Ireland (Winterfell) and Croatia (King's Landing) help to illustrate the importance of context and local knowledge in defining measures of child deprivation.

When the winds of winter blow and the White Walkers arrive, it probably won’t matter if you are living in the Red Keep, or in a farm near Winterfell. End-of-times scenarios aside, context matters a great deal in how we define poverty and well-being. In the imaginary world of Westeros, created by G.R.R. Martin and made famous by the TV adaptation Game of Thrones, the seven kingdoms that constitute the fictional realm have quite distinctive features: though poverty seems widespread, we can imagine it is substantially different to be poor in the depths of the North, a harsher but seemingly more equal society, or scraping together a living in Flea Bottom, the dense, fetid slums of King’s Landing, the royal capital.

Clean water may not be a prime issue for children in the North, while having wool clothes is a matter of survival, and the converse would be true for children living in the hot, sunny kingdom of Dorne.

This is particularly true when we try to measure multidimensional poverty. While monetary poverty can be more easily conceptualized across different countries and contexts, whether we use dollars or gold coins, actual access to goods and services makes a substantial difference to the daily reality of the poor. Even if everyone would probably be better off with more dragon glass to fight the white walkers, when it comes to standards of living, who cares about ancient blades of obsidian? Clean water may not be a prime issue for 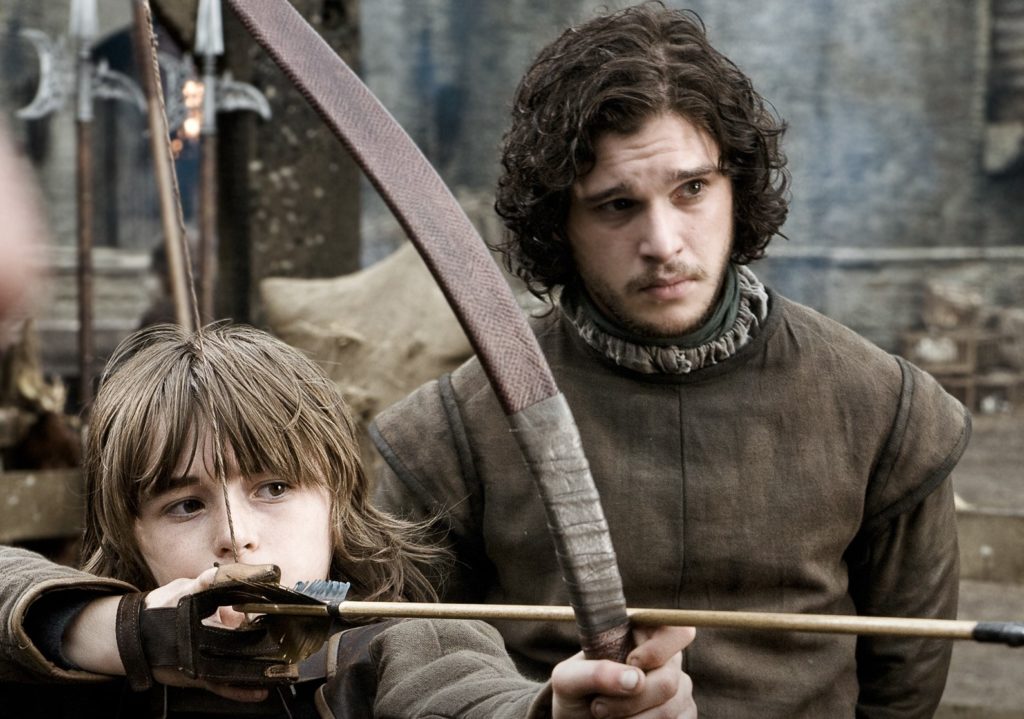 children in the North, while having wool clothes is a matter of survival, and the converse would be true for children living in the hot, sunny kingdom of Dorne. In the seven kingdoms and on planet earth, it is crucial for countries to have their own measures of multidimensional poverty, alongside international comparable ones. In a recent paper, we examine the process and the results of the national definitions of multidimensional child poverty in three countries, not in Westeros but in the very real region of Sub-Saharan Africa: Mali, Malawi, and Tanzania. All countries decided to measure monetary child poverty alongside multidimensional child poverty, providing an eye-opening picture of how the two are interrelated. In all three countries rates of deprivation are generally high: 50% in Mali, 63% in Malawi, and 74% in Tanzania respectively, which reflects the general situation of the region. While monetary child poverty rates go from 29% in Tanzania to 45% in Mali; there is also a substantial mismatch between the two measures of poverty: respectively, 25%, 29%, and 48% of children don’t live in poor households, yet they are multidimensionally deprived. 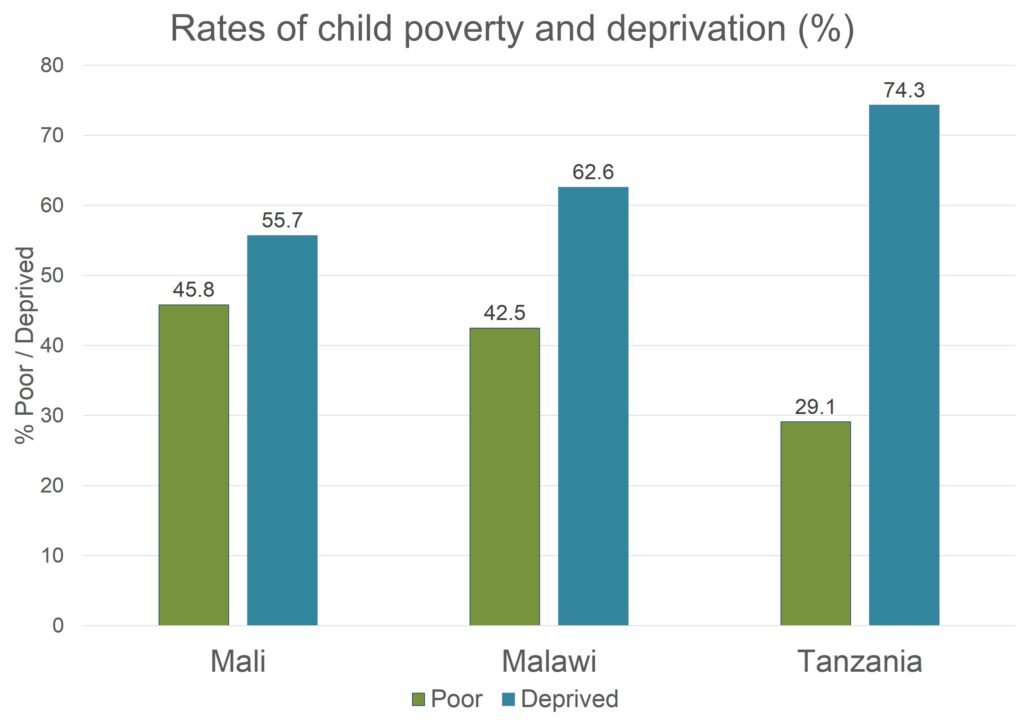 The three national measures conducted by UNICEF Innocenti are based on Multiple Overlapping Deprivation Analysis (MODA), an approach based on a child rights framework that aims to construct a truly child-centered way to measure child poverty. They share some similarities in the dimensions and indicators; however, the specifics of each national measure are different. Mali, for example, defined Child Labour as a separate dimension (29% deprived), reflecting a national priority, while Tanzania and Malawi opted to include it in a broader dimension of child protection  (10% and 66% deprived, respectively), which includes also early marriage (in both countries) and child registration (in Tanzania).  For the same reason Malawi included a separate dimension of food security for children from 5 to 13 years old. Involving national actors in this process is fundamental: you don’t want Cersei Lannister to decide what matters for children in Winterfell! And on the other hand, we can imagine that Daenerys Targaryen may take the issues of child protection to heart. Involving governments, and especially statistical offices in the construction of a multidimensional child poverty measure that could serve as a suitable national indicator for SDG 1.2 is crucial. This is why the process usually starts with a two or three-day discussion, often organized by the UNICEF country office, inviting government partners, other UN agencies and civil society representatives to air their views. Not nearly as difficult as Jon Snow’s efforts to unite the North against House Bolton, it is nevertheless essential for all stakeholders to arrive at a common definition of what should be captured by a national measure of child poverty. It was during these lively national conversations that I learned what country priorities and aspirations were: for example why birth registration was so important in Tanzania, or how using bed-nets as a health indicator was not going to be significant since mosquitoes are less of a problem in the mountainous regions of a country; or again, the clever way Mali included the dimension of information for small children, using the collected data on the mother’s knowledge of illnesses and hygiene practices.

In all countries, actors were keen to contribute their experience and points of view toward construction of a better and more inclusive set of measures. Discussions of important issues such as gender, disability, and parental care, among others, were extensive and provided the necessary background for the results to be meaningful for each country. Tailoring a measure to the context is not fancy academic luxury, but it is vital to better measurement. And measurement is in turn is vital to improving policies. Because, at the end of the day, no dragon queen with magical powers is coming to save us. It’s on us to deliver a better future, for all the children. Lucia Ferrone is a consultant with UNICEF Innocenti working on the Multiple Overlapping Deprivation Analysis (MODA) project, a tool which helps researchers and policy makers to better map and define the impact of poverty in children’s lives. Explore the UNICEF Innocenti research catalogue for new publications. Follow UNICEF Innocenti on Twitter and sign up for e-newsletters on any page of the UNICEF Innocenti website.