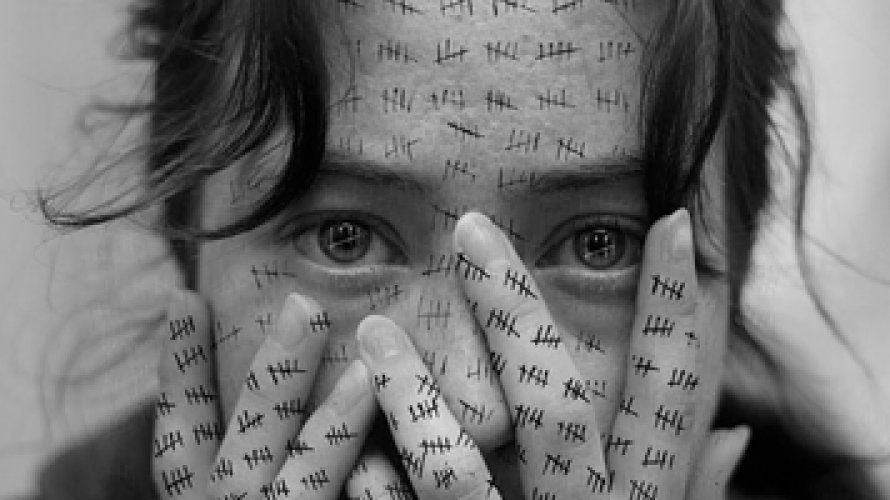 © UNICEF/UNI315905/@_girl_from_pluto@_girl_from_pluto is part of a small group of teen photographers with a shared thirst for new inspiration and the tenacity to continue documenting their lives with photographs. They used Instagram's messaging system to create ‘Covid-19 Photos For Teens’. They come from places such as Denmark, India, Canada, and the US.

While the world may have been caught off guard by the size and ramifications of the COVID-19 crisis, it should be prepared to respond to the increased risks to the wellbeing and safety of children and women. Violence against children and violence against women are widespread globally and intrinsically linked, sharing common risk factors and similar adverse and severe consequences. The literature within pandemics may be limited, but we have enough evidence to say unequivocally that related factors—such as confinement, social isolation, increased levels of financial stress, and weak institutional responses—can increase or intensify levels of violence.

Indeed, over the past month, reports have warned of the “perfect storm”, manifesting in increased calls to helplines, online support services, and police reports.

Indeed, over the past month, reports have warned of the “perfect storm”, manifesting in increased calls to helplines, online support services, and police reports. Multinational organisations quickly took action, issuing statements warning of increased risk of both forms of violence, while researchers reviewed evidence from past crises, proposing policy actions to mitigate against potential harm to populations in situations of vulnerability. As governments ramp up response to COVID-19, what is actually being done to combat violence?

1. Expansion of helplines and information sharing

Information is being shared widely through guides, resources, and advocacy targeting friends and family members. Parenting for Lifelong Health has compiled evidence-supported guidance for safe parenting during quarantine. Helplines and online support platforms are being expanded or established. Italy, one of the countries hardest hit by the pandemic, is preventing “an emergency within an emergency” by advertising the 1522 helpline for violence and stalking. Numerous other countries are committing to keeping helplines and information channels open during and after the peak of COVID-19.

2. Funding shelters and other safe accommodation options for survivors

Numerous countries have acknowledged that additional safe housing is needed during times of quarantine. Safe accommodation allows survivors (and accompanying minors) to temporarily escape abusers. As part of its COVID-19 relief package, Canada has allocated $50 million to women’s shelters and sexual assault centres [March 18]. In France, a €1.1 million funding increase for anti-abuse organisations included 20,000 hotel nights for survivors to escape abusive partners [March 30]. In Trento (Italy), a prosecutor ruled that in situations of domestic violence the abuser must leave the family home rather than the victim [March 28]. Similar rulings have been given in Austria and Germany. Although a laudable decision, it makes guaranteeing the safety of survivors, who remain at home a challenge given that perpetrators know where to reach them and may have access to the home. 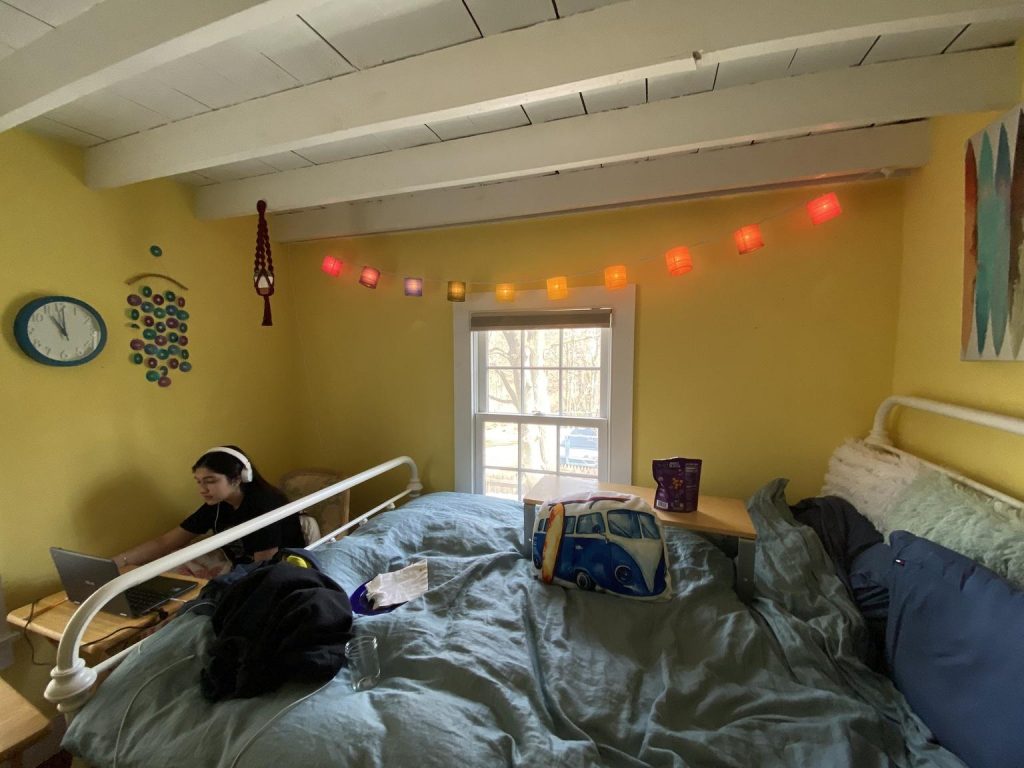 Sixteen-year-old Julia attends online school from home while her parents telework during the Coronavirus outbreak in New York.

As quarantine limits personal mobility and freedom of movement, some countries are finding ways to expand access to violence-related services. France has initiated ‘pop up’ centres in grocery stores, where women are likely to be already visiting [March 30]. In a number of countries (including France, Italy, and Spain), a specific 'code word' signals to pharmacies to contact the relevant authorities. Some countries have released or improved concealed apps through which women can seek services to avoid calling in close quarters with abusers (see Italy, UK, among others). Protection services for women and children must be considered “essential” and not locked down due to COVID-19.

Some countries are tackling the negative ways of coping with COVID-19 that may exacerbate the risk of violence. Greenland has banned alcohol sales in its capital Nuuk to reduce the risk of violence against children in the home [March 29]. South Africa has taken similar measures [26 March]. While alcohol abuse and problematic drinking is shown to be linked to more severe violent episodes, the relationship is complex and there is limited evidence of how alcohol-related policies affect violence. Other countries, however, have yet to take proactive steps to limit associated risks. Curtailing gun sales, for example, would limit access to fatal weapons at a time of heightened stress, potentially reducing the risk of female homicide and child deaths. Smart policy action can reduce risk of harm and facilitate positive outlets to reduce stress and promote mental health.

Australia has implemented a number of modifications to family law to allow the justice system to better respond to cases during quarantine [April 3]. First, they allow courts to impose electronic monitoring requirements for bail and conditionally suspend imprisonment orders. Second, they enable online filing of restraining orders. Third, they create a new offence, increased fine, and extended limitation period for restraining orders. As more countries experience extended periods of curtained justice services, further innovation and amendments are needed to ensure the protection of survivors in challenging situations. These actions are commendable, however many countries have still not committed resources to increase services. Initial policy responses are largely in high-income countries, which may reflect the reality that many resource-poor settings have limited budgets for addressing violence against children and violence against women even when there is no crisis. Where and how should resources be targeted? While reported cases and numbers from existing services give us a signal of what might be happening, they also give an imperfect picture. For example, in some settings, calls to domestic violence hotlines have decreased, possibly because survivors are in ear shot of perpetrators in quarantine and are unable to safely seek help. In others, demand for shelters has decreased, potentially because survivors are afraid of contracting COVID-19 within close quarters at shelters. In addition, some routine detection systems are closed, such as teachers or social workers. Already in the US, several states have reported reductions in child abuse and maltreatment, believed to be due to a reduction in detection, rather than occurrence. Further, increased time spent on phones and using computers to communicate in place of in-person interactions also poses additional avenues for perpetration of new forms of violence online, including sexual harassment, exploitation, and abuse. Mitigation efforts must address the diverse forms of violence connected with COVID-19. Actions taken must be continuously monitored to ensure they are having intended effects, and do not result in unintended harm.

“For many women and girls, the threat looms largest where they should be safest. In their own homes.” As the UN Secretary-General urgently calls for peace in homes around the world, we hope that this non-exhaustive list of government responses will provide some inspiration for further action. When it comes to preventing and reducing violence and supporting survivors, everyone has a part to play, particularly in these unprecedented times.   Alessandra Guedes is the Gender & Development Research Manager at UNICEF Innocenti. Amber Peterman is a Social Policy Specialist with UNICEF Innocenti and University of North Carolina at Chapel Hill. Dina Deligiorgis is Policy Specialist on ending violence against women at UN Women.