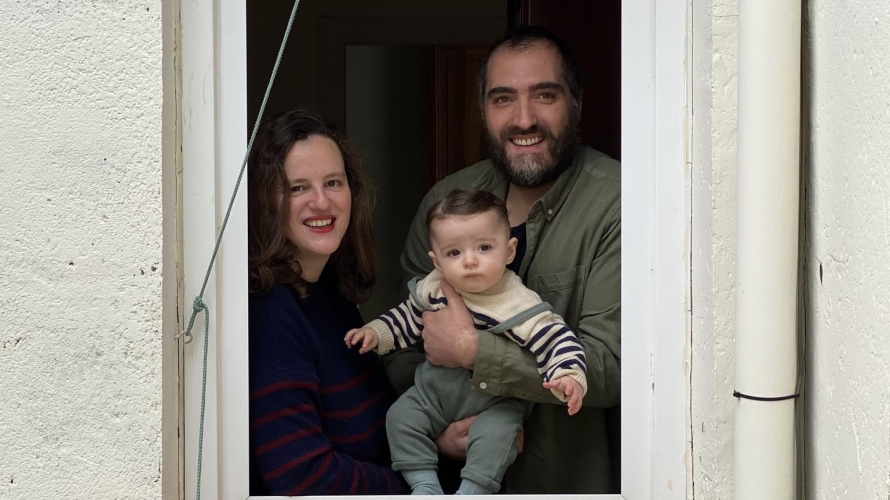 7 month old León and his parents watching the daily puppet show put on by their neighbours during the coronavirus COVID-19 lockdown to entertain the baby. Madrid, Spain.

Spain has been hard hit by Covid-19, both in terms of high death toll and worsening economic conditions. Government lockdowns to contain the spread of the virus left millions of households without earnings or temporary unemployed. A recent report anticipates a 13% decline in GDP in the worst-case scenario. This is a worrying prediction for a country characterised by high unemployment and high levels of extreme poverty, even before the crisis. But from this adversity comes an opportunity. The Government of Spain recently launched a national ‘Basic Income scheme’ (‘Ingreso Minimo Vital’), for extremely poor households and vulnerable groups. The means-tested programme is expected to reach approximately 2.5 million people, who will receive between €462 and €1,015 per month per household depending on the number of household members. Total household income and wealth determines whether a household receives the benefit, and applicants should be between 23 and 65 years of age and have legal residence in Spain of at least one year. There is also a condition of being registered as a job seeker. The programme is expected to cost €3,000 million.

Many countries have turned to social protection in response to the COVID-19 crisis, and direct cash transfers are one of the most effective measures for vulnerable families with children. While basic income had been on the policy agenda since 2016, the crisis incentivised the government to speed-up its introduction as living standards rapidly deteriorated following the outbreak.  As opposed to many countries who have introduced emergency cash transfers, Spain opted for a permanent basic income, which will remain after the current emergency and can be considered a commitment to long-term sustainability and better responsiveness for future crises. However, a temporary cash transfer reaching the most affected by the crisis would have enabled families to access the benefits faster while giving more time to the Ministry of Social Security to design this complex policy. Pro-poor social protection in Spain had previously been underfunded with low coverage. With an estimated 5.4% of the Spanish population living in extreme poverty, the high transfer value and national coverage of the new basic income has the potential to substantially reduce poverty and transform children’s lives, who make up about half of the estimated beneficiaries. However, this policy is not universal in nature, and some of the most vulnerable groups (such as migrants, youth under 23 years living alone, and those with difficulties registering as job seekers) will be excluded. 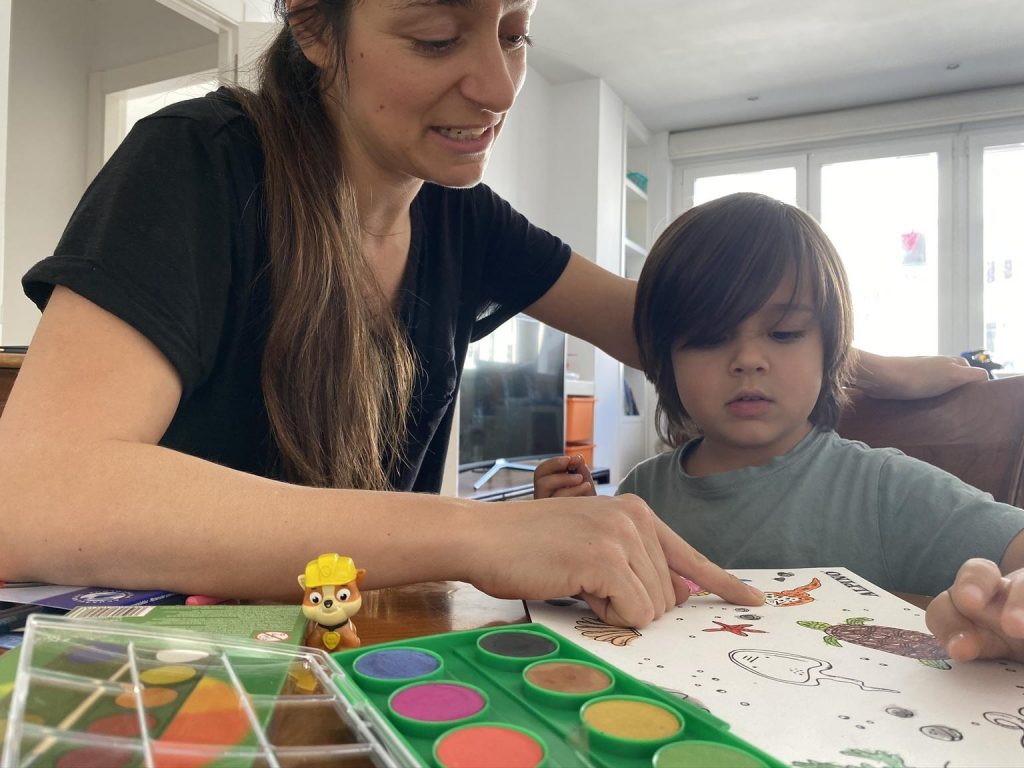 Ruben (4) memorizes the names of sea animals with his mother while painting with water colors during the COVID-19 lockdown in Madrid.

Innovative design features characterise the new policy.  For example, ex-ante identification of beneficiaries has been adopted to improve targeting and efficacy. Moreover, while income from 2019 is used to determine who receives the benefit, it is also possible to apply if income up to June 2020 was below the equivalent annual threshold to be able to reach those who lost their income due to the corona crisis. The basic income is also designed partly with gender in mind. It explicitly considers the income needs of very vulnerable women and girls, including victims of sexual trafficking or domestic violence, by waiving the conditions needed to apply for benefits (such as applying as a household and being registered as a job seeker). This is particularly important as this crisis exacerbates gender vulnerabilities, with women losing their jobs, gaining additional care responsibilities, and potentially experiencing violence in the home. That said, the family-friendly and gender-responsive aspects of the policy could be strengthened by linking beneficiaries to complementary services, including child care support.

In high income countries, where social assistance transfers are close to the minimum wage, a common worry among policymakers is that social protection can disincentivise people to work, even though this is not supported by consistent evidence. To encourage people to work when possible, the scheme does not count income earned under very short contracts when determining income eligibility, and benefits are reduced by less than the increase in earnings if a beneficiary starts working (the specific thresholds have not been announced yet, and this is a key component of the policy). This is an important feature, especially for single parent households where childcare incurs a significant cost and in countries (like Spain) where minimum wage is low so there is little incentive to take up employment if receiving social benefits. On the other hand, the scheme could encourage some to work in the informal sector so as not to declare income.

An opportunity to mend a fragmented system

In contrast to most European countries, Spain does not have a national social assistance benefit aimed at poverty reduction. Instead, this is the responsibility of regional governments, leading to decentralised, unequal, and highly heterogeneous programmes. The new basic income will have the same requirements throughout Spain. However, it is not clear whether this will complement or replace the existing programmes. Parallel systems may result in spending inefficiencies given that the poverty targeted regional benefits are not considered for the basic income application.   As the COVID-19 emergency has caused much hardship, the recently adopted basic income is seen as an opportunity to reform a social protection system that was traditionally not pro-poor. Spain’s new basic income was quickly approved by Parliament, in a moment where political polarisation is at its highest. Its thoughtful design, some gender considerations in mind, and constant monitoring planned to improve its effectiveness make this policy promising. The exclusion of highly vulnerable groups such as migrants and youth can impede the progress in ending poverty though. Having well-designed work incentives features (including childcare costs) and achieving cooperation between the central and regional governments will be key for its success.

Jennifer Waidler and Maja Gavrilovic are Social and Economic Policy consultants with UNICEF Innocenti.   Explore our research on the impact of COVID-19 on children.