Getting a clearer picture of child poverty in the Arab States 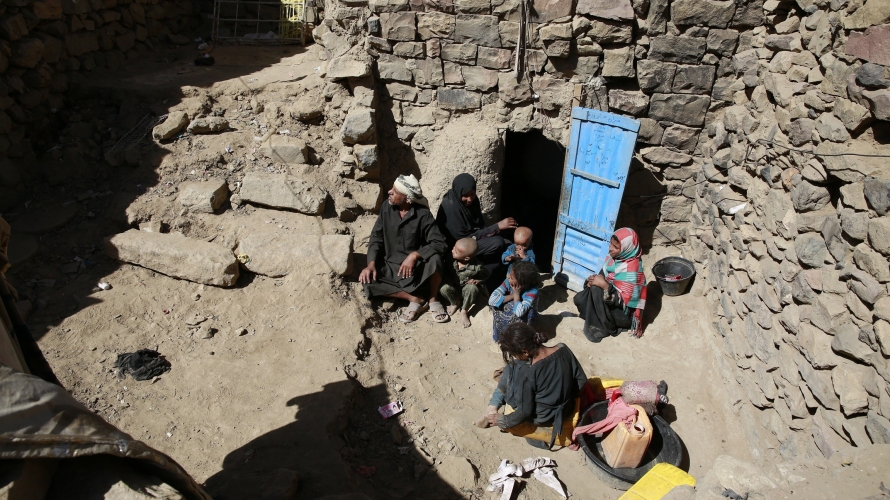 © UNICEF/UN050284/Shamsan;A family from Yemen's muhamasheen community, a minority group representing about 10 percent of Yemen’s population, sit outside the door of the dilapidated house in which they live, Sana’a, Yemen.

Poverty estimates are not frequently made, nor easy to access in the Arab States. Continued political instability combined with frequent humanitarian crises make it difficult to have timely and reliable estimates of poverty for many countries in the region, while others, such as the Gulf countries, simply do not measure child poverty at all.Even so, there are now several national estimates. In fact, around 10 countries in the region have produced estimates of child poverty; however, a comprehensive picture of the region has been lacking.  The first ever regional estimates of child poverty for Arab States have now been produced by the UNICEF Middle East and North Africa Regional Office (MENA) and UNICEF Innocenti, together with researchers at The New School and Equity for Children. The findings of this work now are part of the Arab Poverty  Report, conducted and published in partnership with ESCWA, OPHI, and the League of Arab States.The report analyzes data for 11 countries in the region, representing 78 per cent of the total population under 18 years old in the Arab States. It uses MODA to define multidimensional child poverty in a standardized way across countries, applying the innovation of using two definitions of poverty, one acute, and one moderate. In such a diverse region, it is crucial that we apply different ‘poverty lines’ to adequately capture poverty in different circumstances. One size does not fit all. The report also analyzes trends for a subset of countries, tracking the progress (or lack thereof) from the start of the millennium to the year closest to 2015, at the end of the MDG agenda. 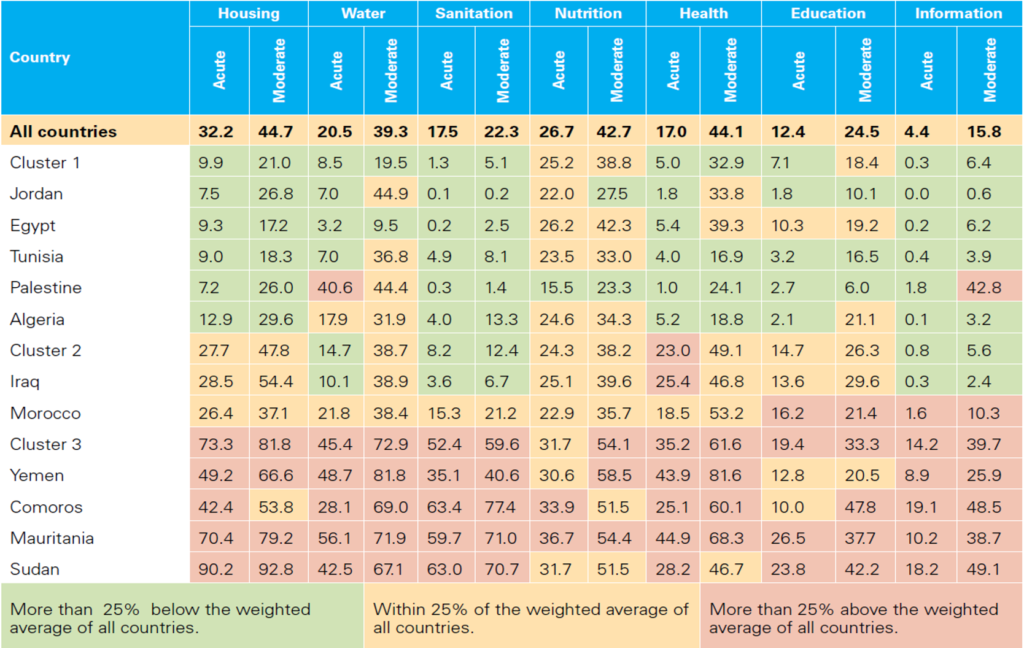 Acute and moderate depruvation by dimension (in %). Click table to enlarge.
What do we now know about child poverty in the Arab States? Here are seven key facts from the report of the 11 countries studied:While this report has some limitations, not least lacking several key countries, and not having recent data in critical countries such as Yemen, thus not fully reflecting the escalation of the recent conflict, it is the first effort to provide reliable, consistent and standardized estimates of child poverty across the Arab Region.  The objective is to stimulate debate to improve data collection, and to provide a joint framework for policy to assure that no child is left behind.

Acknowledgements: Thanks to Arthur van Diesen, UNICEF MENA Regional Social Policy Adviser; to Alberto Minujin and Beatrice Mauger at The New School and Equity for Children; to Bilal Kiswani and the team at ESCWA, and to Diletta Parisi, who helped me ‘crunch the numbers’.Lucia Ferrone is a research consultant on child poverty at UNICEF Innocenti. Explore the UNICEF Innocenti research catalogue for new publications. Follow UNICEF Innocenti on Twitter and sign up for e-newsletters on any page of the UNICEF Innocenti website.