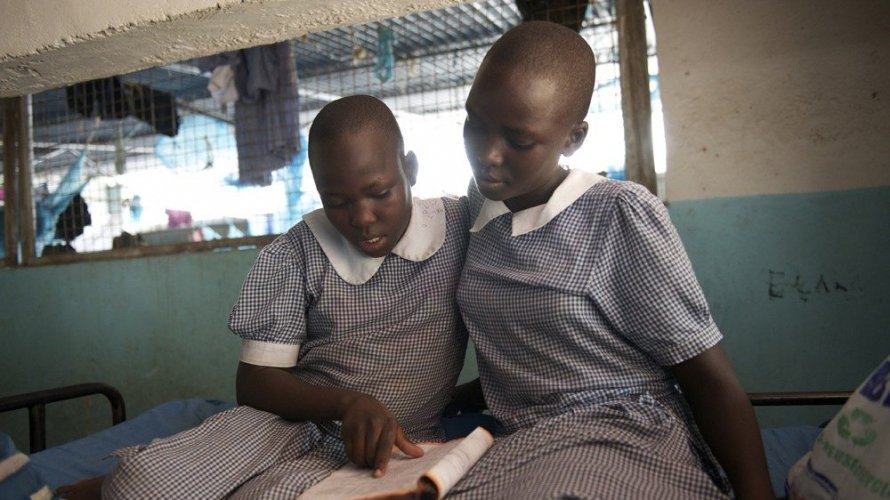 Sisters complete schoolwork together in Kenya.

Mounting evidence from systematic reviews, such as these on early childbearing and HIV risk, suggest that cash transfers have positive impacts on youth transitions into adulthood. Yet, data illustrating how these programs affect outcomes is generally scarce. Now new research from the UNICEF Office of Research-Innocenti and the University of North Carolina at Chapel Hill, published in Social Science & Medicine, recently presents evidence of these impacts, suggesting that unconditional cash transfer programs targeting orphans and vulnerable children may significantly reduce the likelihood of early pregnancy. Most cash transfer programs in Africa are unconditional, leaving the decision on how to spend the cash with the beneficiaries. These decisions, in turn, can play a key role in determining the magnitude of impacts on the household. National statistics report that approximately 32% of Kenyan women aged 25 to 49 were married by age 18 and 14.5% of 15 to 19-year-old girls had given birth to at least one child. Researchers studied whether the Government of Kenya’s main anti-poverty program: Cash Transfer for Orphans and Vulnerable Children, had potential beneficial effects on adolescent girls, in particular if there was an impact on early pregnancy and marriage. While the primary objective of the Kenya cash transfer program is poverty alleviation, it appears to make an important contribution to the successful transition of young women into adulthood. At the time of the study, in 2011, the Kenya cash transfer program benefitted nearly 280,000 orphans and vulnerable children in 135,000 households – it has more than doubled in coverage since that time. By design, the program provides a monthly stipend of approximately $21 intended to represent 20% of monthly total household expenditures. While the cash transfers were unconditional, beneficiaries were provided a message during enrollment that they were expected to use the money for the care and development of the orphans and vulnerable children that lived in the household. As a way to encourage self-sustainability and, ultimately, independence from the program, once the children turn 18, they are no longer eligible to receive benefits. The research found that the program reduces the probability of early pregnancy for young women aged 12 to 24, who had never given birth, by 5 percentage points (34% decrease). The researchers attributed this effect partially to increased enrollment and attainment of young women in school, increased financial security as well as a delay in sexual debut. Notably, the largest impact was among the group of most disadvantaged girls (those not enrolled in school). Essentially, the cash transfer program kept vulnerable girls and young women in school longer and delayed their engagement in sexual activity, thereby reducing their chances for early pregnancy. Although the study found no impacts on early marriage, the authors believe that the study was not designed to identify impacts, since adolescent girls who migrated out of households due to marriage, as is custom in Kenya, were not tracked. Therefore, while the findings on early pregnancy are significant, the researchers suggest that follow-up studies are necessary to more adequately gauge the dynamics of how cash transfers can impact outcomes, including: What directions are suggested by this study? Given that Kenya’s cash transfer for orphans and vulnerable children program is similar in design to other cash transfer programs in Eastern and Southern Africa, there is considerable scope to magnify these effects with proper targeting and messaging from policymakers, program designers and other relevant stakeholders. Michelle Mills is based at the UNICEF Office of Research – Innocenti