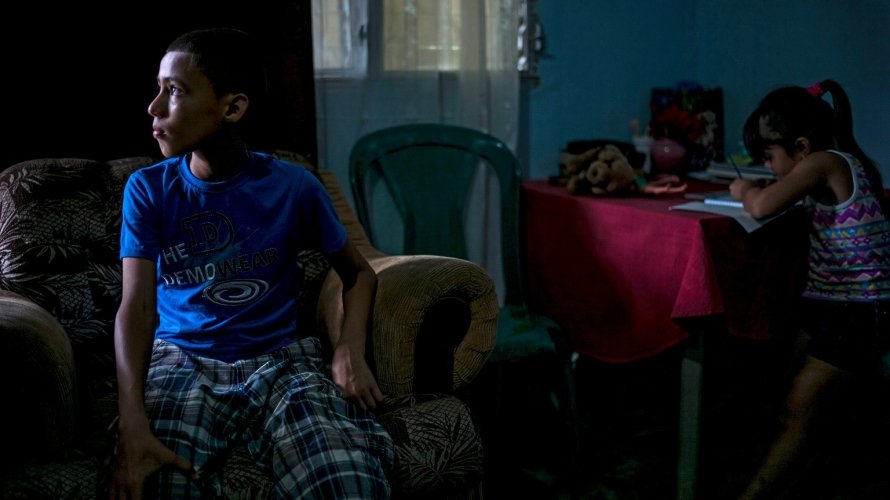 Angel, 12 and his sister Kaily, 7, in El Progreso, Honduras. Honduras is largely believed to be the country with the highest rate of gang membership in Central America.

*This blog post has been translated into Spanish: Lo que sabemos y lo que no sabemos sobre las pandillas juveniles en América Latina Gang violence in Latin America has become one of the central security concerns in some countries of the region, including the countries of the Northern Triangle of Central America and more recently, Mexico. Gang members tend to join these identity-shaping groups during early adolescence, which has contributed to the continued stigmatization of this population group. Indeed, adolescence is a period of growth, of change, and of risk-taking (not necessarily always negative) — a fork in the road where choices can determine futures. Assumptions about youth gangs in Latin America are flawed. By discussing what we actually know, touching on involvement of gangs in violent crime, existing work and data gaps, and education, we can move towards addressing existing issues.

To what extent can gangs be blamed for violent crime?

This is still unclear. Media hype over gangs, referred to as pandillas in Mexico and maras in Central America, has given the impression that gang members are responsible for a large share of violent crime in some countries of the region. In Honduras — largely believed to be the country with the highest rate of gang membership in Central America, although estimates are not accurate  — former security minister Oscar Alvarez blamed the maras for a large share of crime in the country, yet the Honduran police have failed to release statistics to back up this claim. According to available data, less than 5% of all crime in Honduras is committed by people under 18 years of age, and it is this adolescent group that generally comprises a large share of mara membership. In the case of El Salvador, where gangs are considered to be one of the main problems facing the country according to its citizens, no precise figures exist to document the actual number of gang members in the country or their contribution to violent crime.

Not all gangs created equal

In fieldwork with adolescents and young men in the border city of Ciudad Juarez, Mexico, once considered the epicentre of organised crime throughout the 'war on drugs' declared in Mexico in 2006, I found that having spent time with a gang throughout their childhood and adolescence increased the probability of participating in organised criminal activity related to the drug trade; but I also found that participation in serious criminality was conditional on other factors, including the type of gang that was joined, the type of activities the gang was involved in, with participants joining at an older age more at risk of engaging in serious criminality. In other words, associating in a gang was not necessarily nor forcibly conducive to participating in serious criminal activity.

Extreme violence has historically been avoided in Mexican gangs, and it is only until recently that the social dynamics of gangs in Mexico have left behind their traditional logic and some have been associated to high impact and organised criminality, although the extent of their cooperation is not well understood or documented. As a local young man I interviewed made clear, being part of a pandilla, or a gang, is part of the culture amongst impoverished and disenfranchised youth in Ciudad Juarez. As he succinctly told me: 'No hay nadie que no pase por las esquinas'. In other words, no one manages to avoid the street corners - the traditional birth place of the gang. 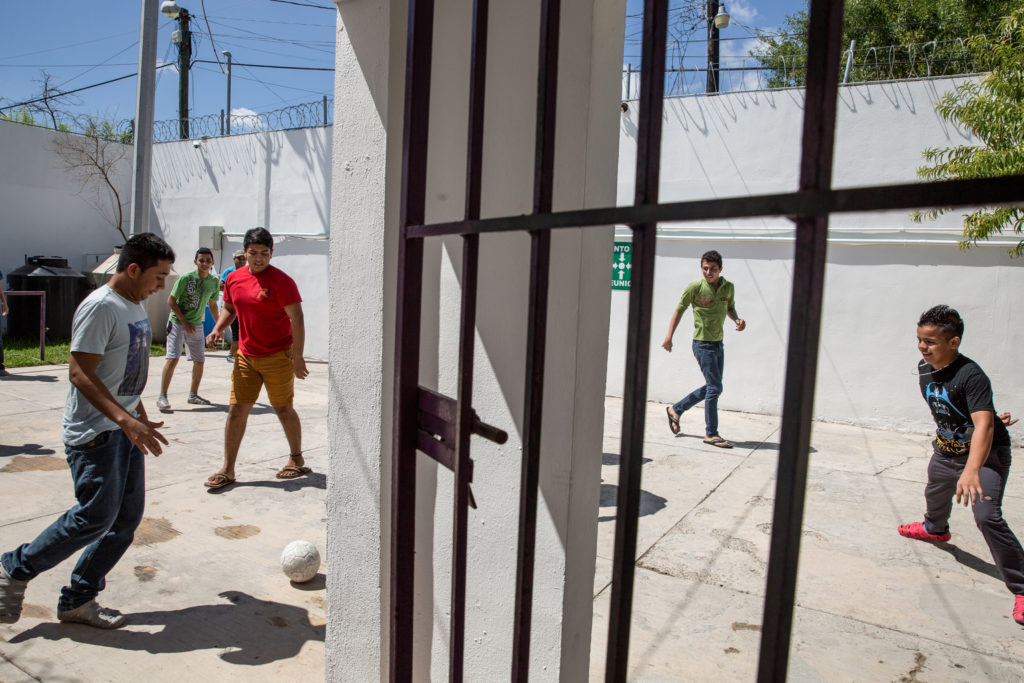 Our understanding of gangs is based largely on Western concepts and scholarly work. While studies have found that gang membership is connected to a higher prevalence of a variety of criminal offenses  (other example here), the conclusions drawn on the prevalence of crime amongst gang members are based largely on Western scholarly work; with a large share of research on gangs derived from studies in the United States and increasingly, the United Kingdom . As Densley, an expert on youth gangs in London indicates, gang life as we understand it currently was born in America, but "so too is our knowledge about it". This point is increasingly gaining recognition amongst scholars of the global South who have emphasised that research on crime “has primarily involved the perspectives and concerns of the global North, along with state-centric demands for increasingly securitized societies”.The implication is that gang dynamics have not been explored sufficiently in other parts of the world where they are prevalent, nor have existing efforts moved away from a Western approach to their understanding. Basic data on gangs in the Latin American region is largely unavailable. We know from existing data that adolescents of the region are disproportionately the main victims of violent crime, although to what extent gang members are victims is largely unknown. Data that would allow for a better understanding of gangs’ contribution to violent crime as well as to allow comparisons across countries of the region is also still largely unavailable, including figures on the prevalence of gangs (how widespread they are) as well as the nature of offending of gang members (delinquent acts they engage in). For example, in the Central American region as a whole, estimates on the number of gang members differ widely, ranging from 69,000 to 200,000 in one source, while another estimates these figures to be between 200,000 and 500,000. In addition, the composition of gangs, including the age structure of gang members (whether they are largely adolescents or youth), the age at which individuals typically join gangs, or their underlying motivations for joining a gang in the first place, remain largely unknown and where information is available, it is largely fragmented. Significant ethnographic work has been produced in recent years (also see here) that has contributed to a better understanding of these groups, but the findings from this literature are context specific, based on the work of Western authors and have not addressed these basic data gaps. 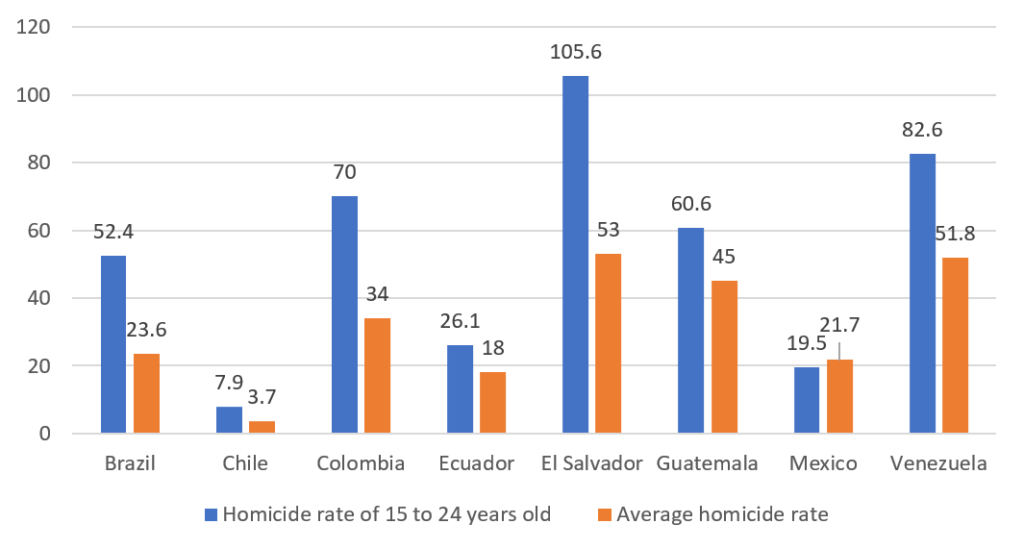 Source: OAS, Report on Citizen Security and UNODC, Homicide Counts and Rates Note: Homicide rates of 15 to 24 years old are for the latest available year. Same year has been used for average homicide rate for comparative purposes. For example, latest available data for youth homicide in Brazil was from 2008 from OAS, average homicide rate from UNODC for 2008 for Brazil was used despite more current data. Retaining potential gang members in the education system may be key to preventing their engagement in criminality. We know that a large share of at-risk youth and active gang members in the region tend to be either at risk of quitting school or out of the school system altogether, with little prospects for the future. Yet, our understanding of the drivers that steer this specific group away from the school setting is limited, with the literature on school abandonment focusing on the general school-aged population (for example, see here). What we know is that, so far, policies in the Latin American region to address youth at risk have not been successful in retaining them in the school system, resulting in high drop-out rates that are most pronounced at the secondary level. In my fieldwork with 180 adolescents and youth who had participated in serious criminality in Ciudad Juarez, almost 60% of those surveyed had dropped out of school. Contrary to what is commonly assumed, I found in my work that, despite these high drop-out rates, the adolescents and young men who participated in serious crime had educational and career aspirations. In a survey exercise with 180 offenders, I asked participants to mention 5 aspirations that they had prior to their engagement with organised crime. The largest share of offenders (25%) mentioned education-related aspirations as a first priority. In fact, a large share mentioned that they performed well academically when they were enrolled in school and in interviews, several of them revealed that they had been expelled from the school system not due to poor academic performance, but due to disciplinary problems. The findings addressed above indicate that the extent to which gang members contribute to violent crime is not well understood. Basic data gaps remain in place and have not been addressed in existing work on gangs in the region. Moreover, the work produced has relied heavily on Western concepts and methods, curtailing a deeper and more nuanced understanding of the gang phenomenon in the region. While focusing on the prevention of school abandonment by gang members and other at-risk groups constitutes an important avenue to move forward in addressing violent crime – the most significant problem in the Latin American region, further programming to address the issue requires more data and more evidence. Until researchers and the general public become aware of the urgency to channel efforts to understand youth gangs in this region, and particularly, what programmatic evidence-based responses can be put in place to address violence in the region, we will continue to see Manichean discourses that stigmatise and bring down the ‘mano dura’ of the state on young people who have taken risks in a legitimate search for identity. Read this in Spanish.

More from Cirenia Chávez : The Long-term Effect of Humanitarian Emergencies on Adolescents: Existing evidence, gaps and considerations for research and practitioners