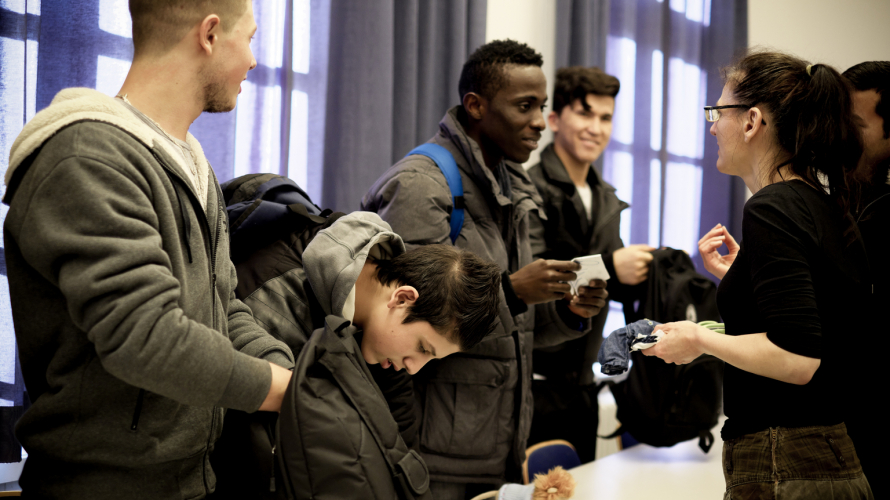 German and refugee children talk to a teacher in Braunschweig, Germany.

As highlighted in the recent UN Secretary General's report, Protecting children from bullying, rates of bullying among children are high across the world. The social costs of bullying are also high: bullied children face a greater risk of poor health, internalized stress, and suicidal thoughts. Negative outcomes of bullying have been reported not only in high-income countries, where the majority of research is conducted. Findings in the UNICEF Innocenti Discussion Paper Experiences of peer bullying among adolescents and associated effects on young adult outcomes, show that among adolescents in four low- and middle-income countries, being bullied by peers at age 15 tended to be associated with negative effects on self-esteem, self-efficacy, parent and peer-relations at age 19. Altogether, these findings strengthen the view that bullying is a serious global problem, negatively affecting the lives of children throughout the world. The wide diffusion of bullying and the seriousness of its consequences on victims were the main catalysts for our research on the factors that increase the risk of bullying among children of special vulnerable groups. The recent European immigration crisis - in particular the situation in Italy and Greece - called our attention to the problem of bullying among migrant and refugee children attending Italian schools. Bullying of migrant and refugee children, similar to victimization of children of a particular ethnic group, is a form of bias-based bullying, that is, of a peer because they belong to a specific social or ethnic group. While some forms of bias-based bullying have been better analysed, studies on victimization of migrant and refugee children are still few in number. 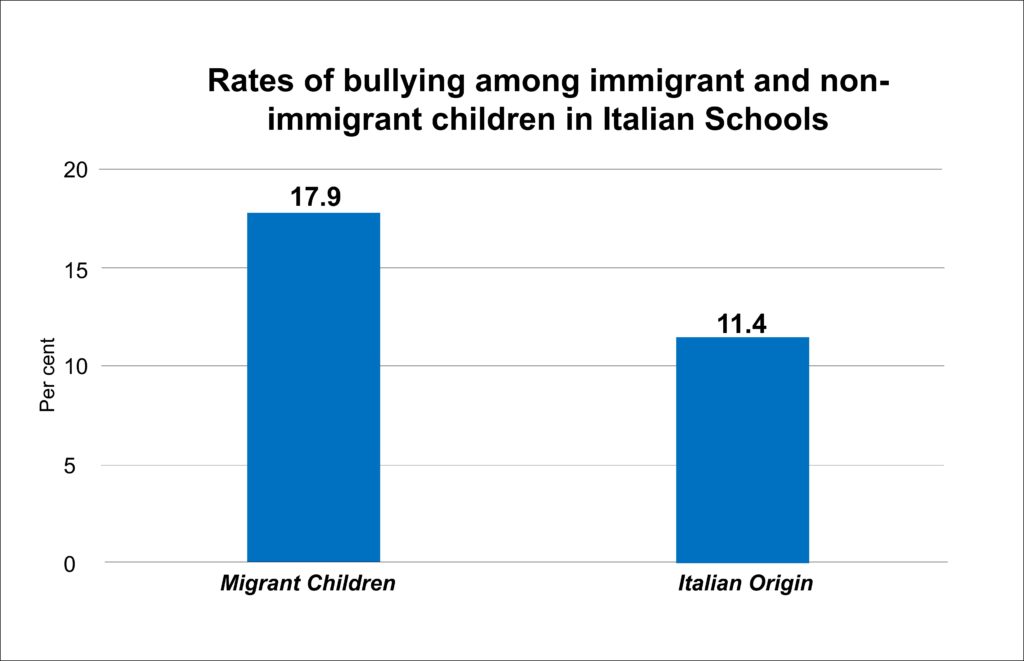 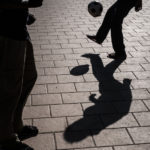 Gambian boys who have recently migrated to Italy play with a football in Pozzallo, Sicily.
Therefore, the existence of anti-immigrant prejudice was found to play an important role in driving bullying. Adolescent interviews revealed that the phenomenon was often explained as caused by prejudicial beliefs toward migrants and refugees. Findings from these surveys are among the first to shed light on this phenomenon. They further indicate that additional factors such as negative perceptions and prejudice toward migrants and refugees at the society level need to be addressed in efforts to design interventions to tackle bias-based bullying against migrant and refugee children. Finally, we still do not know enough about the social and psychological drivers of bullying against migrants and refugees. Indeed, in the scarce literature on this topic a higher risk of migrant and refugee children being victimized was not consistently observed. This could be due to several factors: 1. differences among host country contexts, 2. differences among groups of migrants and refugees, in terms of their ethnicity and origin, 3. whether children are recent migrants or refugees or born in the host nation. The dramatic influx of migrant and refugee arrivals in Europe, with the related increase in social tension this has caused, suggests that we need to continue to monitor the phenomenon of bias-, or prejudice-based bullying involving these groups. We need to better understand how it is developing and how we can address this problem effectively. The rise in global migration, likely a long term phenomenon not limited to one region or corridor, could well drive an increase in bias- or prejudice-based bullying of children and adolescents in numerous countries. Simona C. S. Caravita, Ph.D., is an Associate Professor of Developmental Psychology with the Department of Psychology (CRIdee) of Catholic University of the Sacred Heart in Milan. She has contributed to work on violence affecting children at UNICEF Innocenti. Sign up the for UNICEF Innocenti e-newsletters on any page of unicef-irc.org. Follow Innocenti on twitter @UNICEFInnocenti.