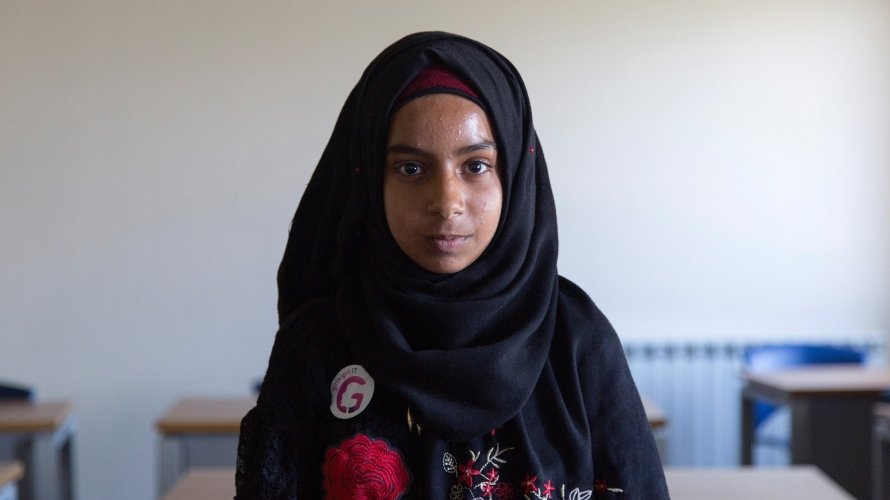 Cedra, a 13 year old Syrian refugee now living in Lebanon, has participated in an after school computer workshop for the last two years.

Imagine you work for UNICEF in Lebanon. Your team has the challenging task of ensuring that half a million displaced Syrian children who fled the war in their home country attend primary school. These children live scattered throughout the country, as Lebanon has a “no-camps” policy. Many of them are traumatized and grow up in bitter poverty. You have collaborated with the Lebanese Ministry of Education to open a free afternoon shift in public primary schools, specifically for Syrian children. You have also helped to set up an accelerated learning program that enables Syrian children who have been out of school for many years to enter school at an age appropriate grade. Yet, despite these considerable achievements, approximately half of the Syrian children you are trying to support do not attend school. This was the situation facing the UNICEF Lebanon team at the end of 2015. Survey data suggested that poverty was a key remaining barrier to school attendance of Syrian children. Although afternoon shift schools do not charge fees, many households could not afford the residual costs of school participation including transport to school. Moreover, many households relied on child labor to supplement household income, limiting children’s time available for school. As a direct solution, UNICEF Lebanon considered compensating households for the cost of education and lost income by means of a monthly cash payment when children enroll in an afternoon shift school. In collaboration with the Ministry of Education and the World Food Programme, UNICEF Lebanon set up a pilot program – referred to as the No Lost Generation Program or locally as Min Ila - to test this approach in the 2016/2017 schoolyear. So-called cash transfer programs, such as the one considered by UNICEF Lebanon, are used on a large scale in other settings and with considerable success. They tend to increase children’s school participation (see here, here, and here) and lower children’s participation in work (see here) among a host of other beneficial impacts. However, it is not clear that these programs would have comparable effects in contexts of displacement and humanitarian emergency (see here for a discussion of the limited available rigorous evidence in these settings). In the case of Lebanon, would Syrian households really use the financial support to pay for children’s school attendance, or do they have other priorities? Would they, for instance, use the money to pay off debt or purchase food and shelter? Is money really a promising tool to support the school attendance of potentially traumatized children? Could there be other barriers to school participation not previously considered?

Among children enrolled in afternoon shift schools, the study shows an increase in household expenditure on education and transport to school in particular.

The UNICEF Lebanon team decided to seek a thorough answer to these questions, both to decide whether to scale up the pilot program and to inform broader debates around the right approach to ensuring school participation in settings of displacement. It is hard to overstate the significance of this decision. Generating credible evidence in a setting such as the one described in this blog is not as easy as it may sound and requires a significant investment both in terms of staff time and financial resources. Given the extensive demands to deliver services to a population in need, evidence generation (beyond direct monitoring and evaluation of program delivery) understandably ranks low on the list of priorities in settings of displacement. However, it is critical to learn from experiences in the field if we are to support displaced populations effectively and allocate resources efficiently in future refugee crises. The study findings (see here) highlight both the potential and the limitations of cash transfers as a tool in settings of massive displacement. 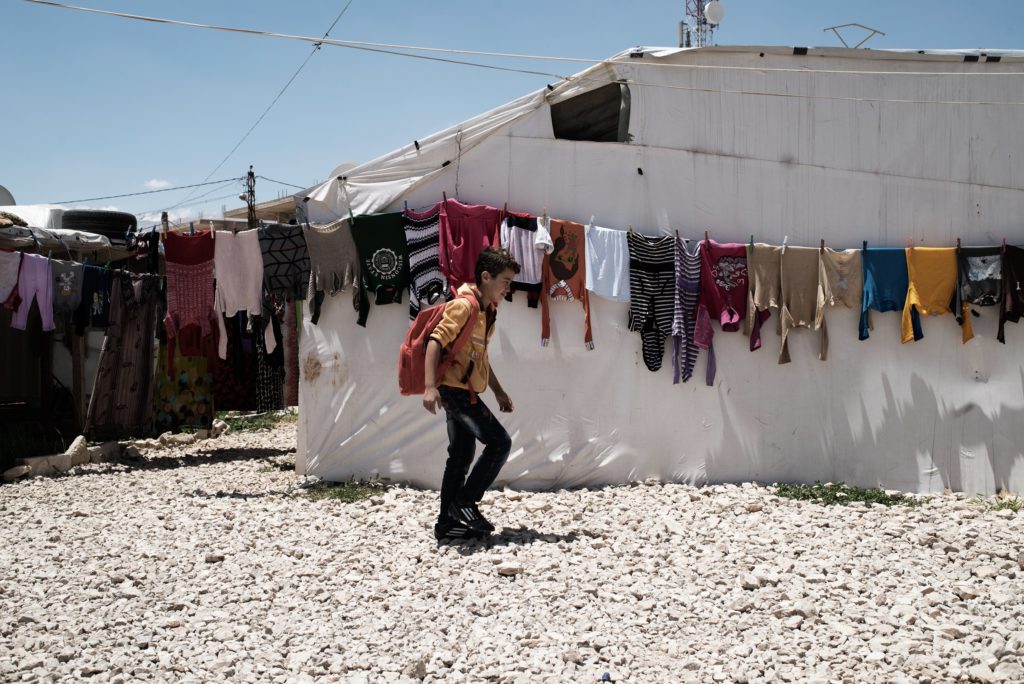 The UNICEF Lebanon team has used these findings to advocate for expanded capacity to absorb Syrian children in Lebanese schools. A new wave of follow-up data was recently collected. The aim is to measure broader impacts of the cash support on outcomes such as children’s mental health, their self-esteem, outlook on life and aspirations. Stay tuned and follow UNICEF Innocenti for the latest results when they come out. Jacobus De Hoop is UNICEF Innocenti's humanitarian policy research specialist. UNICEF Innocenti recently held an international workshop on "Evidence on social protection in contexts of fragility and forced displacement," and will soon publish a suite of working papers from top researchers on this increasingly important area of research. The Office of Research - Innocenti has recently begun to expand its research on children in humanitarian settings. Watch our most recent edition of Research Watch on this topic.