Responses to the global recession: How have children been affected? 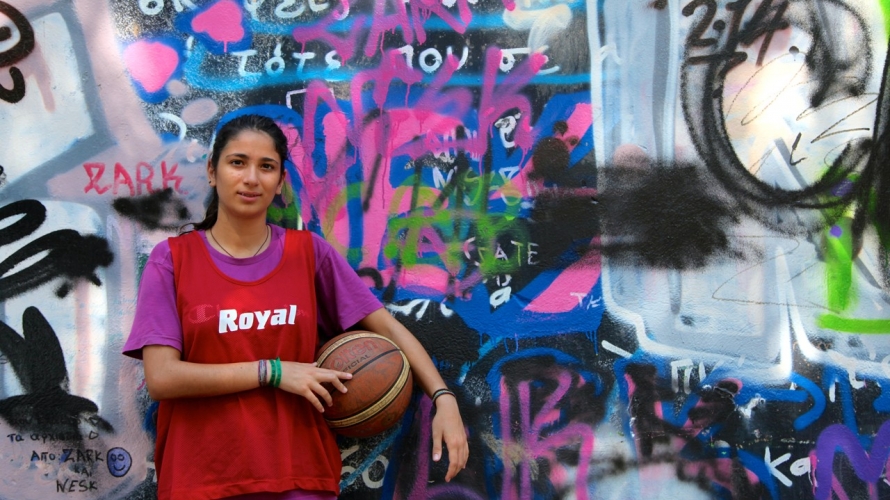 Dora was 15 when the Great Recession hit. Her parents were retired journalists and due to the economic crisis their pensions were cut drastically and they struggled to get extra work to supplement their income

It has been 10 years since the first tremors were felt in the American sub-prime mortgage market which later rocked the entire planet through a global recession. A new UNICEF Innocenti book “Children of Austerity: Impact of the Great Recession on Child Poverty in Rich Countries” tells the story of how the economic crisis – and government responses to it – impacted upon child poverty in industrialized countries.The narrative picks up where Innocenti Report Card 12 “Children of the Recession” (2014) left off, and gives a detailed account of recent changes in monetary child poverty rates, government policies, and political discourse around child poverty in 11 high-income countries: Belgium, Germany, Greece, Hungary, Ireland, Italy, Japan, Spain, Sweden, the United Kingdom, and the United States.

The case studies for Belgium, Ireland, Hungary, Germany, Sweden and the UK, with more generous social safety nets, underscore the importance of labour market inequalities and structural problems of low education, poor childcare provision and other barriers to work, as well as adequate wages to combat in-work poverty.

Drawing on country case studies written by national experts, the editors conclude that lower social transfers and higher taxes worsened the impact of the crisis on the living standards of families and children. Several countries saw cuts in spending on health, education and other public services that hurt families with children in ways that income poverty statistics have not captured.Going beyond national averages, the analysis highlights the economic vulnerability of children in large families, lone parent families, those with a migration background and/or low attachment to the labour market. There are stark regional differences in countries like Belgium, Germany, Italy, and the UK.The 11 case study countries span a wide range in terms of their conditions before the crisis, the severity of the crisis, and their policy responses to it. Their experiences provide valuable lessons for protecting children in both the good times and the bad:The evidence in Children of Austerity highlights the importance of increasing social transfers while preserving work incentives. Countries with more fragmented social transfer systems – such as Greece, Japan, Italy, Spain, and the US – need to fill the gaps in their safety nets by increasing coverage rates through a combination of social policies. The US case study shows that its patchwork of targeted programmes may help the working-poor families with children, while largely neglecting out-of-work households. 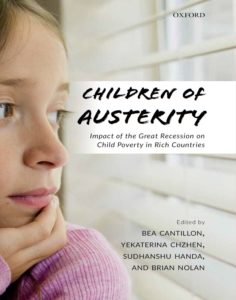 Although adequate income protection is central to addressing child poverty, it is not enough on its own. The case studies for Belgium, Ireland, Hungary, Germany, Sweden and the UK, with more generous social safety nets, underscore the importance of labour market inequalities and structural problems of low education, poor childcare provision and other barriers to work, as well as adequate wages to combat in-work poverty.The volume is edited by Bea Cantillon (University of Antwerp), Yekaterina Chzhen (UNICEF Office of Research - Innocenti), Sudhanshu Handa (University of North Carolina at Chapel Hill), and Brian Nolan (University of Oxford). It includes contributions from 22 authors. For more details about the volume see the publisher’s web page.Yekaterina Chzhen is a social and economic policy specialist at the UNICEF Office of Research – Innocenti. She co-edited “Children of Austerity” and co-authored four of its chapters. Follow Yekaterina on Twitter at @kat_chzhen. Follow the UNICEF Office of Research at @UNICEFInnocenti.  The opinions expressed in Children of Austerity are those of the authors and editors and do not necessarily reflect the policies or views of UNICEF, nor of any particular Division or Office.