School bullying harms everyone, not just the victims 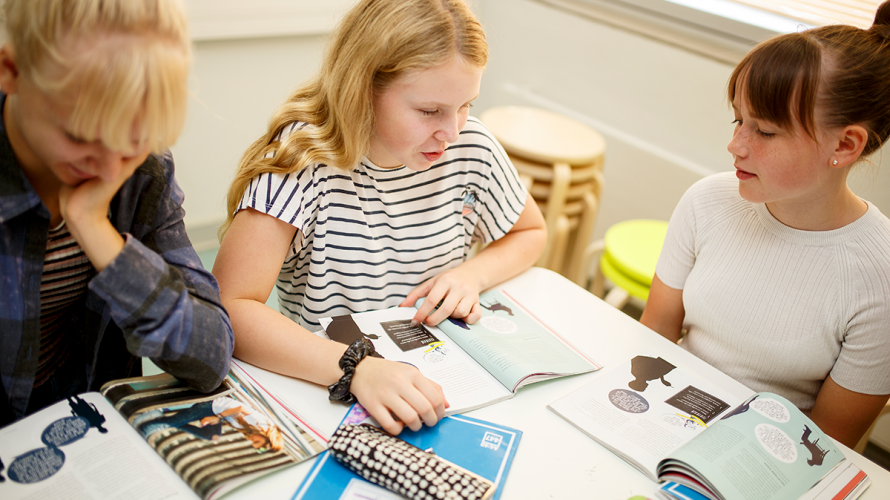 UNICEF Innocenti's Report Card, An Unfair Start looks at the relationship between bullying and reading scores

It is no surprise that children who are bullied do worse in academic tests. However, after  re-analyzing children’s reading test data for 30 school systems in some of the world’s richest countries, we found that an environment of bullying drags everyone’s achievement down, not just that of the victims. We published our findings on bullying and more indicators contributing to educational inequalities in a recent UNICEF report “An Unfair Start: Inequality in Children’s Education in Rich Countries”. 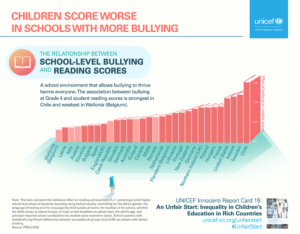 Our research shows that  school-level prevalence of weekly bullying is associated with significantly lower individual reading test scores in 24 of the 30 school systems. In the United States, a one percentage point difference in school-level bullying is associated with 1.1 score points lower reading achievement, one of the strongest correlations in the study. The association is greater in only three other countries in the comparison- Chile, Ireland and Sweden, all of which had lower rates of bullying victimization than the US.Only 6% of children in the US sample were in schools where no one reported being bullied weekly and a quarter were in schools with a bullying prevalence of 20% or greater. This amounts to a difference in reading scores of 22 points. This is a large effect, especially as it remains after we have accounted for a host of other factors linked to children’s reading achievement: the child’s gender and age, the language of testing and the language the child speaks at home, the location of the school, whether the child comes to school hungry or tired, or has breakfast on school days, as well as the share of students from disadvantaged families in the school (reported by the principal).It is now understood that childhood bullying casts a “long shadow” on both the victims and perpetrators, but a more nuanced understanding of how it affects bystanders is over-due. Children who get victimized as well as those who bully others tend to suffer from ill health and poor employment outcomes as they grow into adulthood. Yet our findings suggest that even children who are not necessarily involved in bullying end up being dragged down in their academic achievement.Our research demonstrates that anti-bullying interventions need to consider the whole school context, while the evaluations of such interventions should measure the impacts on children not directly involved in peer violence. 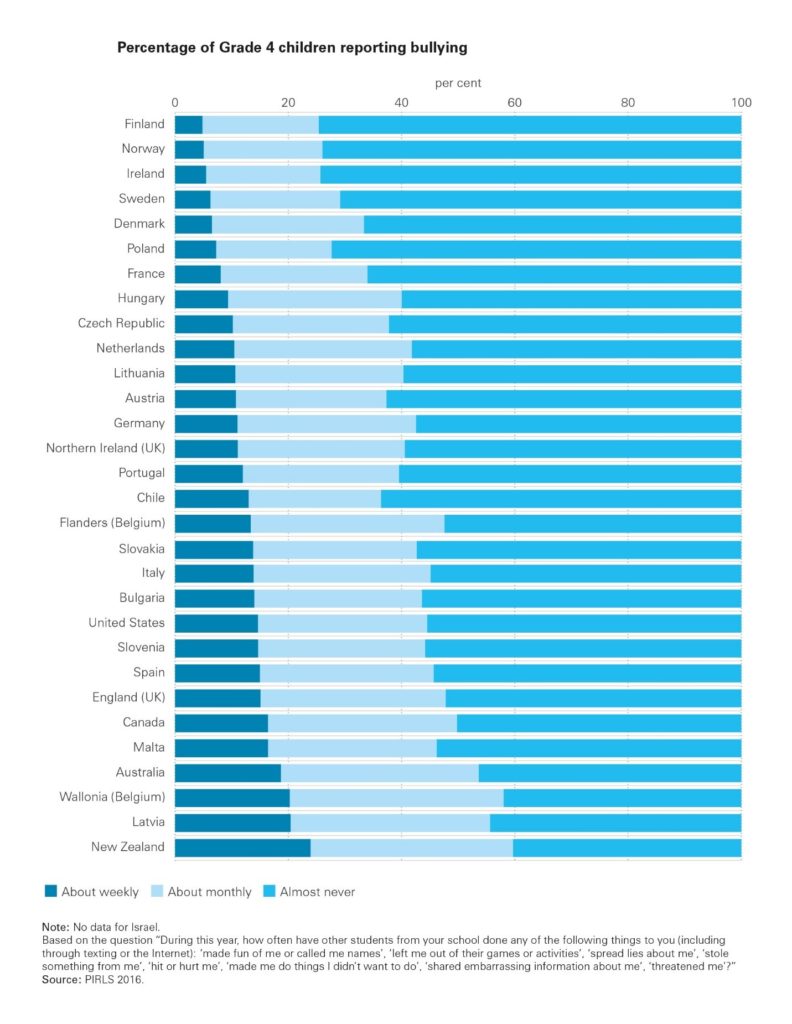 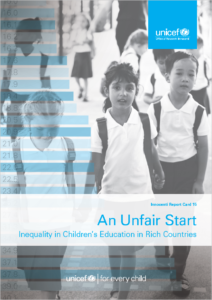 Yekaterina Chzhen is the lead author of the newly released UNICEF report An Unfair Start: Inequality in Children’s Education in Rich Countries. The Office of Research–Innocenti, is UNICEF’s dedicated research centre. It undertakes research on emerging or current issues to inform the strategic directions, policies and programmes of UNICEF and its partners, shape global debates on child rights and development, and inform the global research and policy agenda for all children, and particularly for the most vulnerable. Please visit us on Twitter and Facebook.