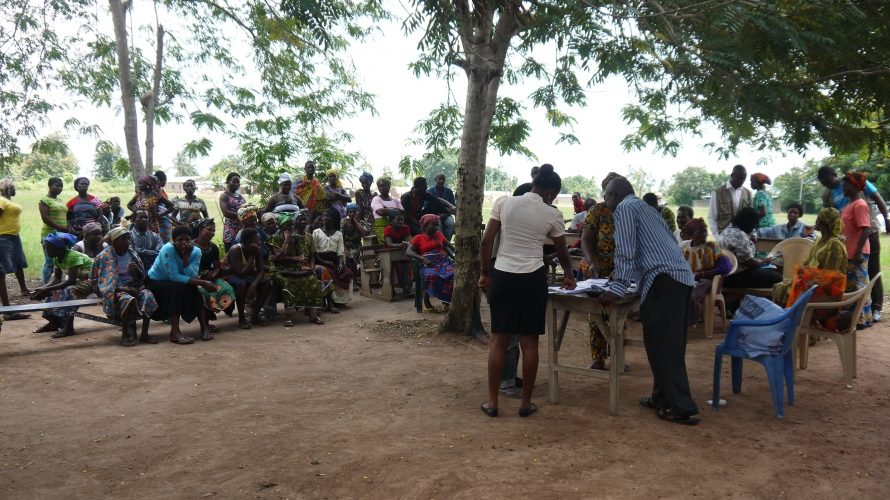 Community gathering for a LEAP social protection payment in Maweakpor in the Volta Region, Ghana

If you work in international development or set aside a portion of your paycheck to donate to promising global causes, then you’ve probably heard of a new trend in giving: direct cash transfers. For example, it is likely you’ve heard about the NGO GiveDirectly. which gives money via mobile transfer with ‘no strings attached’ to poor households, primarily in Kenya and in other East African countries. Publicly founded in 2011, GiveDirectly has taken the global poverty discourse by storm. Called revolutionary, radical, and a breakthrough model, GiveDirectly has been featured on nearly every major news source covering global issues. GiveDirectly and other NGOs just giving cash have been pivotal in raising the discourse on the ability of households to make strategic decisions about their own needs and wellbeing. This shift is hugely welcome and will undoubtedly play a role in future global advocacy for cash transfers in the fight against poverty and inequality. Now, what about the Cash Transfer for Orphan’s and Vulnerable Children or the Hunger Safety Net Programme— have you heard of them? Both are unconditional cash transfers, running for over a decade and implemented by the Government of Kenya. Chances are, unless you work on social protection, or live in Kenya, they are not on your radar. Yet, on face value, they operate in a similar way to GiveDirectly, transferring equivalents of approximately 20 to 25 USD on a monthly or bi-monthly basis to poor households to use as they see fit to improve their lives. However, while GiveDirectly has enrolled 50,000 households and 200,000 people in the five years of operation, these two programs regularly reach over 450,000 households nationwide. All told, Kenya’s four main cash transfer programs provide consistent support to over 800,000 households. In other words, the government of Kenya’s national social protection programs are over 15 times larger than GiveDirectly. This level of government support for social protection is impressive, but not unique. Dozens of others (South Africa, Ethiopia, Zambia, Tanzania, Ghana to name a few) have established cash transfer programs which have been running for up to two decades and with tens of millions of beneficiaries. If Government programs dwarf NGOs like GiveDirectly in nearly every African country, why do all the accolades and publicity go to the NGOs? And, what can Governments and institutional actors do to make their voices heard in driving the international discourse on unconditional cash? Here are seven strategies where NGOs have excelled and where Governments can learn a tip or two: 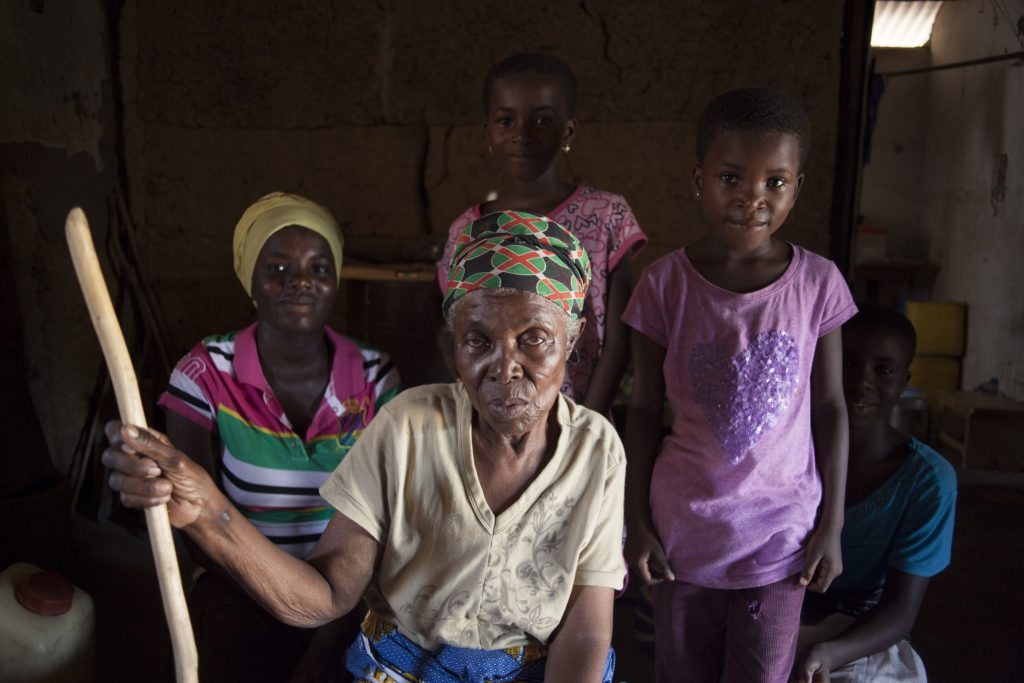 Everyone loves a good story—especially those based on personal accounts and motivation to make change. Stories with an element of ‘aid’ are particularly heartstring grabbing, and make us all to join the bandwagon to support and share the effort (e.g. Western charity). In contrast the ‘story’ of a Government supporting their country’s vulnerable populations—which is arguably their mandate—is, at face value, much less likely to grab headlines. However, this need not be the case: There are plenty of champions and leaders in the fight against poverty within Government programs which have the potential to tell a good story—seeped in national history and culture. We just need to amplify their voices and show why a story of fighting poverty from within is just as compelling as from the ‘West.’

Importance is measured not only by the current state of affairs, but also by what potential and opportunities lie in the future. Stakeholders want to know what they can expect 5 or 10 years down the road—not just in practical terms (e.g. we want to expand to X beneficiaries)—but in aspirational terms. GiveDirectly states we aim to drive conversations about the future of philanthropy and foreign aid and to reshape international giving. Their 12-year basic income pilot is claimed to be the largest experiment in history. Whether or not this is true, one cannot help but pay attention—and want to be part of this exciting new future. When was the last time we heard a Government be bold enough to share their vision of the global movement they aspire to through cash transfer programming?

Let’s face it—no matter how much evidence we have suggesting that beneficiaries don’t drink away the money or become lazy and dependent on transfers—there will always be critics who claim cash will be used unwisely or siphoned off through bribes or corrupt implementers. GiveDirectly has responded with GDLive, which provides real, unedited updates and stories from recipients, even providing raw data from basic questions poised to beneficiaries via mobile phones. If anyone questions that cash is not being received in full or being utilized in a positive way—they can simply head over to see for themselves. This confidence and transparency in operations could go a long way to build stakeholder trust and program buy in—yet Governments have largely not taken the leap to experiment with similar models.

Evaluate your program (rigorously) and seek to answer questions that go beyond your program’s impacts—those which are also of interest to the larger global community. When GiveDirectly implemented a 12-month evaluation of their program in western Kenya, they used the gold standard for evaluation (longitudinal randomized control trial) and experimented with the size, timing and sex of the transfer recipient to understand if program operations affected a large range of outcomes. Governments often do not build in the flexibility, pre-planning or funding for a rigorous evaluation—however bringing evidence to the table is feasible, and can be well worth the investment. Evidence can both ensure the legacy and legitimacy of a program, as well as identify areas to optimize program design and delivery. A savvy operational plan includes evidence to back it up.

Mobile payments: They are often more efficient, private, secure, cost-effective and allow a built in real-time monitoring and feedback system. Unless a program is operating in a low coverage area, everyone should be asking themselves why they are not already utilizing mobile payments and what they can do to move to this system. Although many Government programs have piloted mobile transfers (see for example, Malawi and Kenya), moving an at scale-system delivering benefits to millions of individuals to mobile payments comes with unique logistical hurdles, including the need for partnerships with the private sector, and flexible arrangements for when challenges arise. Even newer technology like blockchain offers avenues to further experiment with direct giving. We encourage this continued experimentation to move towards a more efficient and transparent system—an accomplishment already achieved by many smaller scale NGOs. 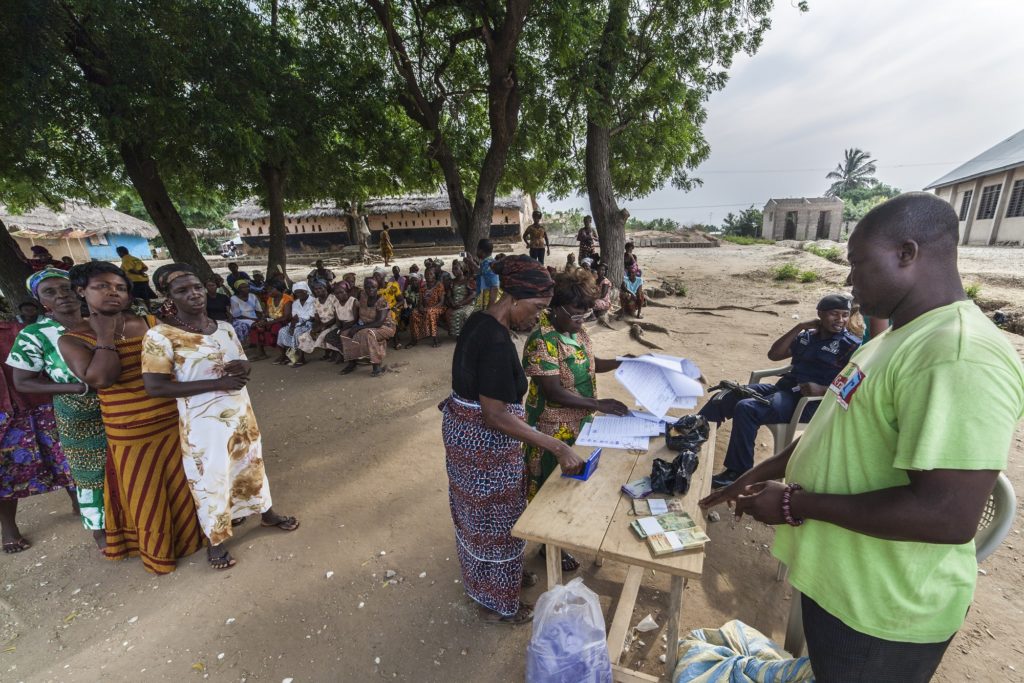 Beneficiaries of the Government of Ghana’s Livelihood Empowerment Against Poverty (LEAP) program cue to receive cash transfers. LEAP has been running since 2008 and has recently piloted a model targeted to pregnant women and infants called ‘LEAP 1000’

Everyone loves a success story, but in the real world, not everything goes right all the time. The marker of a progressive organization is the ability to be realistic about challenges and learn from failures. GiveDirectly has embraced this in their blog, often discussing “candid thoughts”—for example, when the Kenya Country Director blogged about refusal rates approaching 50% of households in areas where the program was viewed with suspicion and there was community resistance. Or when reports of fraud were disclosed in Uganda, primarily via enrolling of ineligible households. However, this seemingly unflattering press does not seem to rub off on the NGO, instead it indicates commitment to continually improving operations and impact through recognition of what could be done better. Governments often lack an active social media platform through which to share accomplishments and challenges, which could be a first step to encourage regular information sharing.

Don’t be afraid to ask for help

Although GiveDirectly has corporate and institutional donors, they do not shy away from asking anyone and everyone for donations. For example, this year they started fundraising for a basic income pilot, which was costed at 30 million USD. To date they have raised 24.6 million USD from donations alone—also a great strategy to make supporters feel like they are part of the solution and movement. Perhaps the same appeal would not be as favorably viewed if initiated by a Government, but the sentiment remains—if there is no recognition and request for expertise or resources to fill a gap—it is likely to remain. These seven strategies require identifying and understanding ones strengths, and exploiting them. Governments have incredible power and resources to implement sustainable programs at scale in a way an NGO will never achieve. Systems can be leveraged to overlay complementary activities and services to create synergies to tackle gaps that cash alone can never address. While there have been some success stories where Governments have leveraged these strategies, there is much untapped potential. Of course, while institutional programming is incredibly diverse, it will never be as flexible as an NGO program—politics may (and do) often constrain actions and activities. However, institutionalized programs can also play a role in shaping the global discourse, being recognized and attracting resources, to further the ultimate goal of national poverty reduction.

We hope these strategies will help Government’s think more nimbly and creatively about how to ‘market’ their programs on the international stage. We urge NGOs to work closer with Governments, to form partnerships and provide evidence and experimentation relevant to inform national policy. It is time to recognize that African governments have been (and will continue to be) at the forefront of providing cash transfers to poor and vulnerable populations; now is the time for their presence to be felt on the international stage. Amber Peterman, PhD. is a social policy specialist at the UNICEF Office of Research—Innocenti, and has over 10 years working on evaluations of cash transfer programs, primarily under the Transfer Project. Pamela Dale is a social policy specialist at the UNICEF Eastern and Southern Africa Regional Office based in Nairobi, and has worked and published on social protection in Southeast Asia, eastern Africa, and Europe. Explore the UNICEF Innocenti research catalogue for new publications. Follow UNICEF Innocenti on Twitter and sign up for e-newsletters on any page of the UNICEF Innocenti website.