How does UNICEF maternity leave compare with EU and OECD countries? 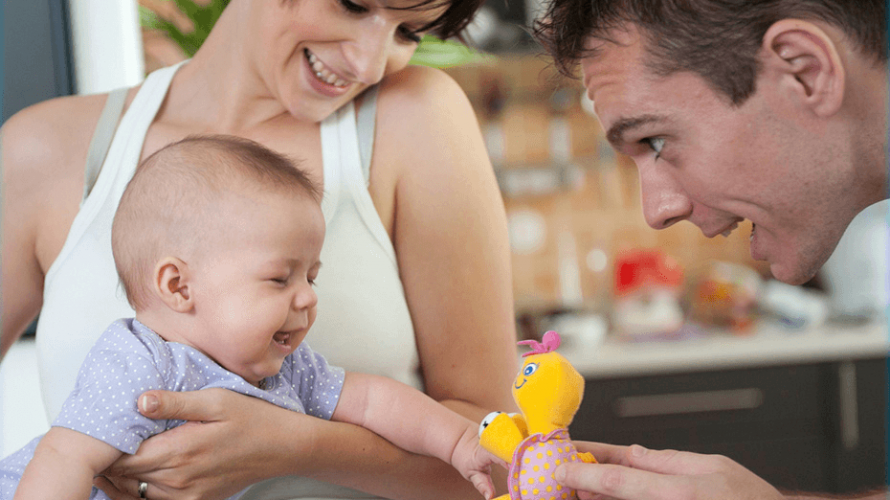 UNICEF advocates for at least six months of paid leave for parents, which it offers mothers in its maternity-leave policy (24 weeks at full pay).

If UNICEF were a rich country instead of my employer, it would rank 24th out of 41 EU and OECD countries in the league table of our new report “Are the world’s richest countries family friendly?” on the indicator of full-rate equivalent childcare leave available to female staff (see figure below, which shows where UNICEF would fall among 41 countries).This may not sound generous compared with countries like Estonia and Hungary, where mothers can stay at home until the child’s third birthday and earn the equivalent of more than 70 weeks at full pay for an average earner. But on a closer look, UNICEF’s policy is pretty good.Consider the concept of full-rate equivalent. It combines the duration and generosity of childcare leave so that we can compare policies across countries. It is the number of weeks of leave multiplied by the rate of pay (for an average earner). But in practice are 20 weeks on full pay really the same as 40 weeks on half pay?Only six countries out of 41 allow female employees on average earnings stay at home at full pay for the whole duration of their leave: Mexico (12 weeks), Israel (14 weeks), the Netherlands (16 weeks), Spain (16 weeks), Chile (30 weeks) and Lithuania (62 weeks). Compared to these countries, UNICEF’s provision of 24 weeks at full pay is only behind Chile and Lithuania.When I gave birth to my child in 2016, as a UNICEF staff member, I took advantage of 24 weeks at full pay. I would not have wanted to stay at home for nearly a year on half my pay instead. I was eager to resume my full responsibilities and was keeping up with office developments. I took part in key meetings, worked on research papers, increased my Twitter following and prepared for the launch of my edited book Children of Austerity. A study on maternity leave policies offered by universities across the United Kingdom shows that institutions with more generous maternity benefits (over and above national statutory provision) have a higher share of female academics who passed productivity-based promotion hurdles in their child-bearing years to become professors. Institutions that employ high-skilled staff do their best to give them incentives to stay.Yet well-paid leave is just one part of the story. I would not have managed to get any research done while on maternity leave or sweep into my old job as I returned from leave if I had been the sole carer of my child with no resources. Between the end of my maternity leave and the start of my child’s nursery entitlement at 12 months I’ve scrambled together a combination of: annual leave, having my partner stay home full-time with the child, unpaid help from extended family and paid babysitters.I was privileged to have had these options. What about those who do not? 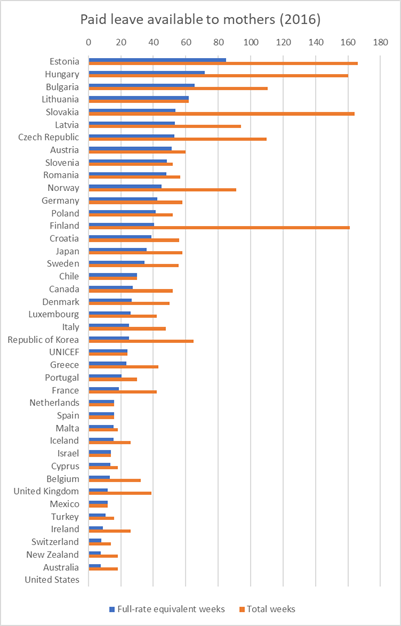 Read more: Yekaterina Chzhen is the lead author of the newly released UNICEF report “Are the world’s richest countries family friendly?”. Follow her on Twitter @kat_chzhen. The Office of Research–Innocenti, is UNICEF’s dedicated research centre. It undertakes research on emerging or current issues to inform the strategic directions, policies and programmes of UNICEF and its partners, shape global debates on child rights and development, and inform the global research and policy agenda for all children, and particularly for the most vulnerable. Please follow us on Twitter and Facebook.