What is gender socialization and why does it matter? 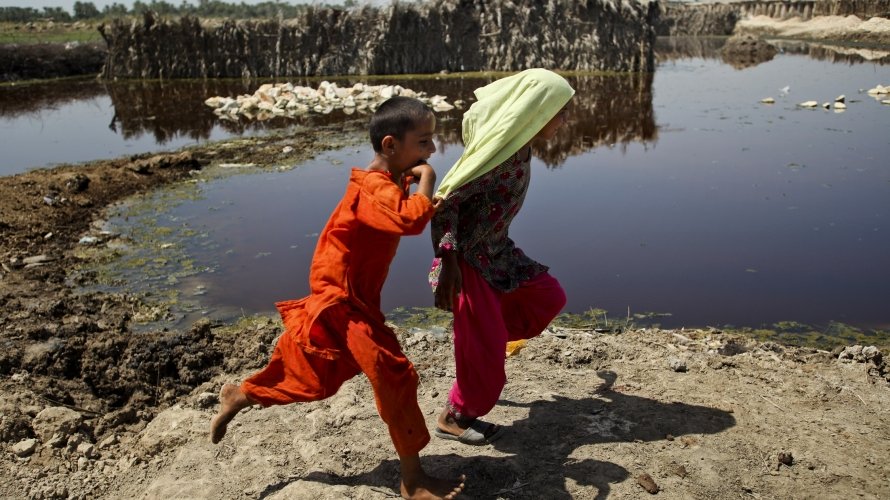 Even if you are not familiar with the concept of “gender socialization”, it is most likely that you have been influenced by it and in turn passed on your own beliefs about what constitutes gender-appropriate attitudes and behaviour to others. Gender socialization begins at birth, intensifies during adolescence and contributes to gender inequalities in education, employment, income, empowerment, and other significant outcomes of well-being during adolescence and later in life, argues a recently published discussion paper by the UNICEF Office of Research – Innocenti and the International Centre for Research on Women. The paper enriches our understanding of gender socialization by bringing together theories from psychology, sociology and biology and reviewing significant historical and population shifts to provide a more holistic picture of how gender socialization happens and who the major “agents” (e.g. family members, peers, community leaders) and structures (e.g. political structures, cultural and social norms, global media) of influence are – during adolescence and beyond.

Before exploring the framework developed in the paper and its application to programming and policy-making, let us reflect on what gender socialization is and how it manifests in everyday life. The paper defines gender socialization as a “process by which individuals develop, refine and learn to ‘do’ gender through internalizing gender norms and roles as they interact with key agents of socialization, such as their family, social networks and other social institutions.” (p. 6)

Adolescence is a critical period in which gender attitudes and behaviours intensify and new gender roles emerge. It is also a period during which the negative outcomes of some gender norms begin to manifest

A key component of this process is the internalization and acting out of gender norms. To illustrate how this happens, we asked friends from around the world (via social media) for examples of how boys and girls are socialized differently in their culture, if at all. In early childhood, parents and caregivers may dress male and female children in different colours (e.g. pink for girls and blue for boys in Italy) or give them different toys to play with (e.g. cars for boys, dolls for girls in the Czech Republic). A friend from Bulgaria shared that people there often comment on the appearance of little girls (“You are so pretty; “What a nice dress you have”), while they are more likely to point out the activities and abilities of boys (“You run so fast”; “You are so strong”). 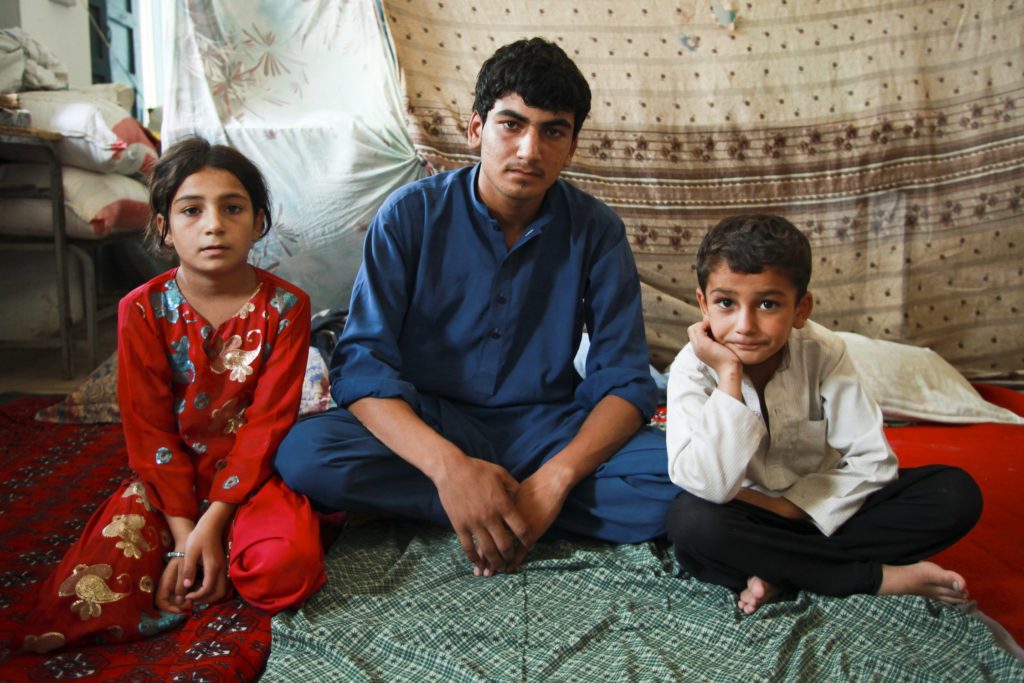 Siblings taking refuge in classroom where they take refuge after fleeing armed conflict in North Waziristan tribal agency, Khyber-Pakhtunkhwa province in Pakistan.
These examples are quite gender stereotypical, but friends from the Netherlands and United Kingdom pointed out that a change is taking place in their countries with many parents showing a preference for gender-neutral clothing (e.g. black and white with prints), and activities (e.g. encouraging daughters to ride bikes and sons to go to dance lessons). Such approaches provide their children with less traditional concepts and less divisions between what it means to be a boy and a girl. A friend from the Solomon Islands commented that where she lives people do not have strong expectations that girls will wear a certain colour and look feminine during early childhood, but as they approach adolescence, expectations such as being "useful around the house" emerge. Boys on the other hand are expected to be more "wild", climbing trees and being active. This toughness expected from boys is not uncommon. A friend from China shared that a strong masculine norm in her culture is that “boys don’t cry”, while it is acceptable for girls to do so. Similarly to Bulgaria and the Solomon Islands, in Somalia and its neighbouring countries people are more likely to focus on a girl’s appearance and make known the expectations they have for her as a daughter and later on a wife ("She looks like her mother, she has good hair, a light colour and good nose… when she grows up, she will help her mother and take care of her siblings"). Boys also attract comments about their appearance, but typically these focus on their ability to defend the clan and provide for the family ("He looks stronger! He will defend his family and kinship"). The examples show how gender socialization is reinforced in different cultures by the “agents of socialization”, who in turn are influenced by factors such as the socio-economic conditions of a country, gendered and political structures, social and cultural norms, the global media, and their own local communities and networks. 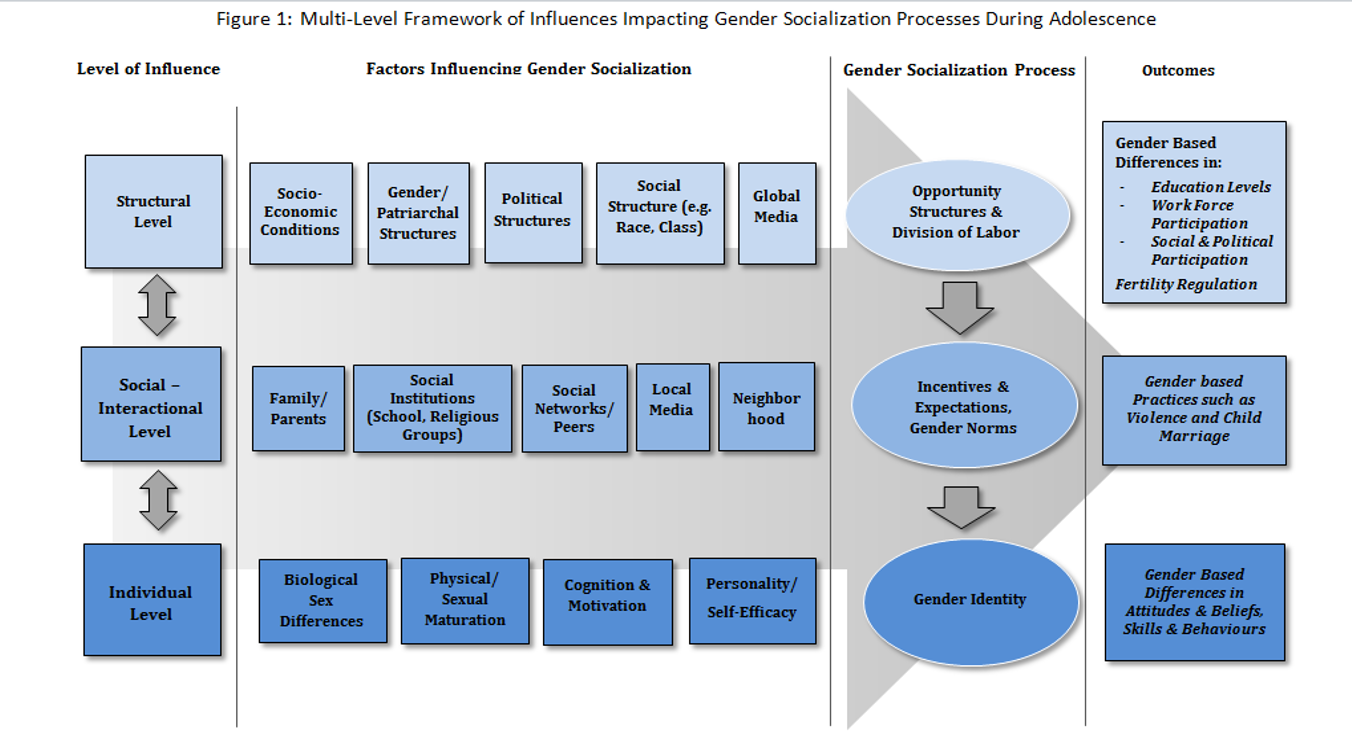 [CLICK TO ENLARGE]
Adolescence is a critical period in which gender attitudes and behaviours intensify and new gender roles emerge. It is also a period during which the negative outcomes of some gender norms begin to manifest. For example, adolescent girls may be forced to drop out of school in order to help out at home, they may be married off before their 18th birthday, experience unwanted pregnancy or intimate partner violence for the first time, or be exposed to HIV (UNICEF, 2014; WHO, 2016; UNESCO, 2015; UNAIDS, 2014).

Adolescent boys and young men are more likely to die in violent conflict and automobile accidents, and engage in substance abuse (Kato-Wallace et al., 2016). In some settings they are subjected to proving their manhood in aggressive initiation practises or are forced to join armed groups, urban gangs, crime syndicates, or rebel and government forces (Barker and Ricardo, 2005; UNICEF 2012). Norms around what constitutes gender appropriate behaviour play a major role in shaping these outcomes.

While the intensification of gender attitudes and roles during adolescence is linked to many negative outcomes, this period also presents a great opportunity for adolescents to develop more equitable gender attitudes and behaviours in order to decrease the negative outcomes described above. To assist the development of more comprehensive programmes and policies, the discussion paper presents a framework (see Figure 1 below) which captures the dynamic process of gender socialization and the many factors that shape it at different levels of influence: structural, social-interactional and individual levels (John et al., 2017, pp. 19). It acknowledges that as well as receiving messages about his or her gender identity, the adolescent has agency and self-enforces gendered attitudes and behaviours and in turn influences the gender socialization of others.

When developing policies and programmes aimed at increasing gender equality, decision-makers can use this framework to position their efforts, understand the key areas and actors they may be able to influence and the outcomes to which they can contribute, and construct a more comprehensive Theory of Change.

For example, an effort to improve the social status and employment prospects of migrant girls and women in urban areas may need to consider gaps in the local market (structural level) and offer training in skills that are highly sought after. The gender roles and responsibilities of these girls and women in the home, school, and community (socio-interactional level) also need to be considered to ensure that the training does not increase the risk of interpersonal violence or burden them with an unmanageable work load. Mitigation strategies may consist of the provision of social services that assist with looking after children and sensitize key agents in their network (including male partners) to the benefits of women’s employment. At the individual level, a comprehensive approach may include different opportunities for girls and women with different cognitive and physical abilities, interests, etc.

A key recommendation made in the paper is to take advantage of openings at the structural level and develop programmes and policies that complement these shifts to achieve greater gender equity. Looking for these openings to influence gender socialization during adolescence is particularly important as today’s adolescents are pivotal to the achievement of the Sustainable Development Goals and their gender attitudes and outcomes will influence future generations. [For more recommendations for policy and programming on gender socialization see pp. 36-39 of the discussion paper.]