Why Child Labour Cannot be Forgotten During COVID-19 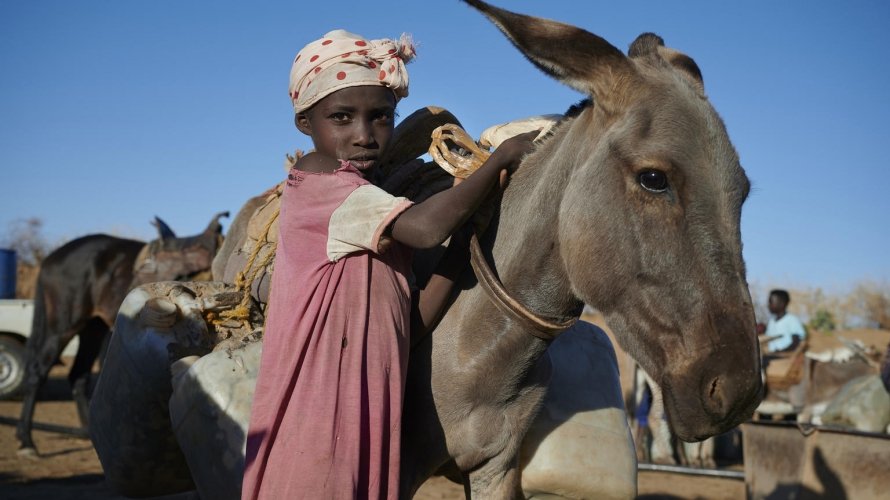 While collecting water, a young girl child stands holding her donkey near a water point outside her village in Sudan.

In just a matter of weeks, the COVID-19 outbreak has already had drastic consequences for children. Their access to education, food, and health services has been dramatically affected across the globe. The impact has been so marked, that the UN Secretary General has urged governments and donors to offset the immediate effects of the COVID-19 crisis on children. In discussions of the pandemic to date, child labour (i.e. forms of work that are harmful to children) has played only a marginal role. Yet, as we describe in this blog, child labour will be an important coping mechanism for poor households experiencing COVID-related shocks. As global poverty rises, so too will the prevalence of child labour. Increased parental mortality due to COVID-19 will force children into child labour, including the worst forms such as work that harms the health and safety of children. Temporary school closures may have permanent implications for the poorest and most vulnerable. Limited budgets and reductions in services for families and children will compound the effects of the health, economic, and social crisis.

We expect millions of children to become child labourers due to a rise in global poverty alone.

Even in the highly improbable scenario of a short-lived economic crisis, the consequences of this increase in child labour can last generations. We know that children who enter child labour are unlikely to stop working if their economic situation improves. Instead, they will continue to experience the implications of child labour—like less education overall and worse employment opportunities—when they are adults and start families of their own. We also know that the younger children are when they start working, the more likely they will experience chronic health issues as adults. Moreover, we have ample evidence that stress and trauma in adolescence lead to a lifetime of mental health challenges.

Without plausible forecasts on the extent of morbidity and mortality globally, it is impossible to gauge the rise in child labour as a direct result of the health consequences of COVID-19. However, we do know that as parents and caregivers in poor countries fall sick or die, children will take over part of their roles, including domestic work and earning responsibilities, as seen previously in Mali, Mexico, and Tanzania. When desperation sets in, children can be especially vulnerable. One study from Nepal found that paternal disability or death was among the strongest observable predictors of engagement in the worst forms of child labour.

Curbing the consequences of school closures

There is ample reason to be concerned that the temporary disruption of schooling will have permanent effects especially for the poorest. Normally, when children stop going to school and start earning an independent income, it is extremely difficult to get them to go back to school. A study of teacher strikes in Argentina, for instance, found that even temporary school closures can result in permanently lower schooling and reduced labour earnings into adulthood as children who leave school early enter low-skill occupations. However, it may be possible to curb the consequences of school closure. The global shutdown may limit the ability of children to start earning while they are out of school, potentially mitigating the chance that children will not go back to school. Moreover, the re-opening of schools can cause excitement for both students and their parents. Such excitement was widely reported in the aftermath of school closures due to the Ebola epidemic in West Africa. A World Vision report from 2015 quoted an 11 year-old in Sierra Leone: “When school finally reopened on April 14, it was the best day of my life.” Indeed, in Sierra Leone children had largely returned to class by the end of the Ebola epidemic. 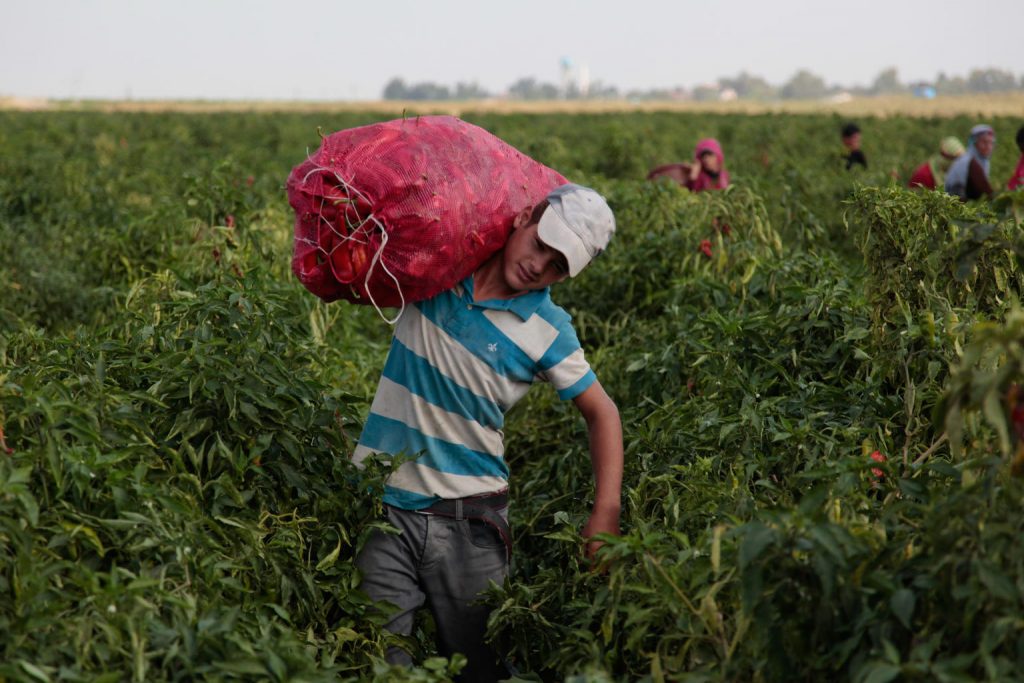 Ibrahim (13) is a seasonal agricultural child worker from Sanliurfa, Turkey.

As extreme poverty increases, so too will child labour

Social protection programmes directly addressing poverty are critical to offset the worst impacts of the COVID-19 crisis on child labour. At the time of writing, 133 countries were actively working on social protection responses, including non-contributory cash transfers. Generally, social protection programmes help lower child labour outside the household and help households offset economic shocks. In Colombia, cash transfers helped offset increases in child labour due to absence of the father. In Zambia, cash transfers helped households cushion the effect of weather shocks. It seems inevitable that, in the medium term, most countries will experience serious fiscal crises. These crises will likely be especially severe in poor countries with a revenue basis depending disproportionately on international trade, foreign direct investment or foreign aid. We expect fiscal crises to further affect child labour through declining social protection. Likewise, funding for other publicly provided goods—like health, education, and active labour market policies, and enforcement of labour market regulations—is likely to decline post-COVID-19. Each of these could have implications for child labour. Reductions in school fees, for example, have played a role in encouraging schooling, and there is evidence from India that the impact of negative economic shocks on child labour was muted in areas where schooling was more affordable. We also have evidence from Mexico and Senegal that child labour declines when school quality improves. If school fees increase or school quality deteriorates post-COVID-19, a further increase in child labour seems likely.

Affordable, gender-sensitive policy responses should be designed to help keep children in school and reduce reliance on child labour. Policy responses that risk exacerbating the looming increase in child labour, such as public works programmes, should be considered carefully. Particular attention should be paid to the period shortly after lockdowns when schools reopen. This will be a critical window to prevent children entering paid work and community-level action is needed to ensure that every child returns to school. Children from disadvantaged backgrounds and those who lose a parent deserve special consideration and support.