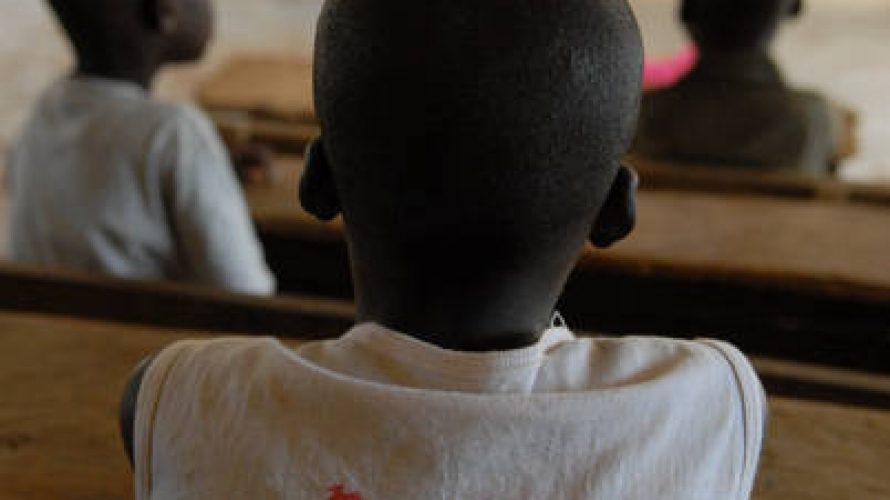 ©UNICEF/2006-2801/Brioni
Children and Transitional Justice cover page
In 2008, the UNICEF Innocenti Research Centre and the Human Rights Program at Harvard Law School initiated a collaboration on children and transitional justice. This led to a conference on Children and Transitional Justice co-convened by the UNICEF IRC and the Human Rights Program of Harvard Law School in April 2009 to consolidate ongoing research and further the debate on emerging issues. Outcomes include:

I. Key Principles on Children and Transitional Justice

The Key Principles note that children may be simultaneously victims, survivors and alleged perpetrators of violations. They also state that children accused of international crimes in situations of armed conflict are primarily victims. They specify that a gender-sensitive approach to child participation in transitional justice processes should include a focus on the protection of the rights of girls and address their specific needs and experiences.

In addition to outlining the basic policies and procedures to protect the rights of child victims and witnesses in transitional justice processes, the Key Principles introduce a number of emerging issues. The duty to prosecute for crimes under international law is clearly stated in the preamble, and both national and international courts are given consideration. Also included is the duty to provide effective remedies to victims, including reparation. The right for children to express their views is noted, as well as the importance of consulting with children so that transitional justice processes reflect their experiences and needs and maximize their potential. Children's engagement with local, traditional and restorative justice processes is introduced and explained in some detail. The need for child-focused reparations is also outlined. The section on institutional reform introduces a number of new issues: the importance of working with educational experts and officials, the need to undertake legal reform and the urgency of creating economic opportunities for children and young people. The Key Principles also call for the development of common minimum standards on children and transitional justice.

Another outcome of the collaboration between the UNICEF IRC and the Human Rights Program at Harvard Law School is the book Children and Transitional Justice: Truth-telling, Accountability and Reconciliation, developed from papers in the UNICEF IRC Expert Paper Series on Children and Transitional Justice, which will be publication by Harvard University Press in March 2010. The book explores questions raised when children's issues are prioritized in transitional justice processes. It analyzes practical experience to determine how the range of transitional justice mechanisms can be applied, both to improve accountability for crimes perpetrated against children and to protect the rights of children, involved primarily as victims and witnesses, but also at times as members of armed forces and groups that perpetrate violations.

The chapters in this volume analyze issues from the transitional justice agenda through a child rights lens. On the basis of research conducted, the authors begin to formulate responses to a number of crucial questions and debates: how to end impunity for war crimes against children; what policies and procedures can better protect children and enable them to contribute to reconciliation and reconstruction efforts; what strategies are most effective in supporting children's roles and ensuring their voices are heard in peace-building efforts; how to enable children to reunite and reconcile with their families, peers and communities; and how to build children's skills to become part of a stable economy; how to reaffirm children's self-esteem and agency in the aftermath of armed conflict that has abused and violated their childhood.

A number of cross-cutting issues and themes are introduced. Chapters 1 through 3 outline the human rights-based approach for children and transitional justice and examine the basic assumptions and legal framework that provide a foundation for further analysis of accountability and reconciliation in different country contexts. This is followed, in chapters 4 through 6, by case studies of children's involvement in the truth commissions of South Africa, Sierra Leone and Liberia. Chapters 7 through 10 address thematic issues and institutional reform. This includes efforts to use traditional processes and judicial prosecutions to achieve accountability for crimes committed by the LRA in Uganda and new techniques employing genetic tracing for judicial accountability and family reunification of disappeared children in Argentina and El Salvador. A case study on curriculum development, education and reconciliation linked to the Peruvian truth commission is followed by a study on economic reform and reparation in Sierra Leone. The book covers a wide range of transitional justice processes, from international prosecutions to truth commissions, traditional and local practices, reparation efforts and institutional reform.

Expert discussion on children and transitional justice at IRC