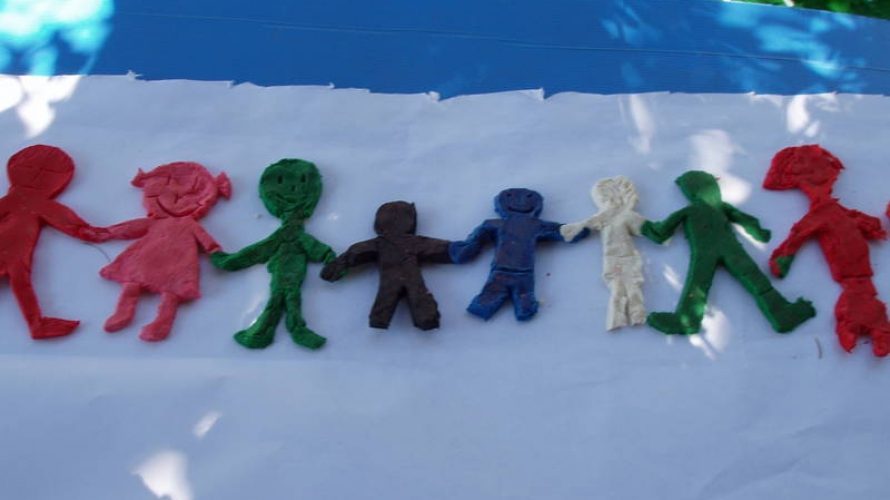 A clay model representing diversity, created by some of the children at San Rossore
The unique position of National Independent Institutions for the monitoring and implementation of human rights standards has been recognized by the United Nations for over a decade in the Principles relating to the status and functioning of national institutions (known as the 'Paris Principles'), and the Vienna Declaration and Programme of Action adopted by the World Conference on Human Rights.

The concept of Independent Human Rights Institutions for Children has been developed within the framework of article 4 of the Convention on the Rights of the Child, which provides that States Parties shall "undertake all appropriate legislative, administrative and other measures for the implementation of the rights recognized in the present Convention."

Their role in the realization of children's rights was recognized in 'A World Fit For Children' (paragraph 31), the outcome document of the UN General Assembly Special Session on Children held in 2002. Moreover, the Committee on the Rights of the Child expressly recommended the establishment of such institutions for the implementation of the CRC in its General Comments No.2 (2002) and No. 5 (2003). The creation of independent institutions is therefore listed by the Committee as a general measure of implementation of the Convention on the Rights of the Child.

The European Network of Ombudspersons for Children (ENOC) also adopted Standards for Independent Children's Rights Institutions at its fifth annual meeting in Paris in October 2001. These Standards incorporate and use the 'Paris Principles' as their basis, and stress the need to take full account of "the special status of children and the particular difficulties for children in exercising their rights."