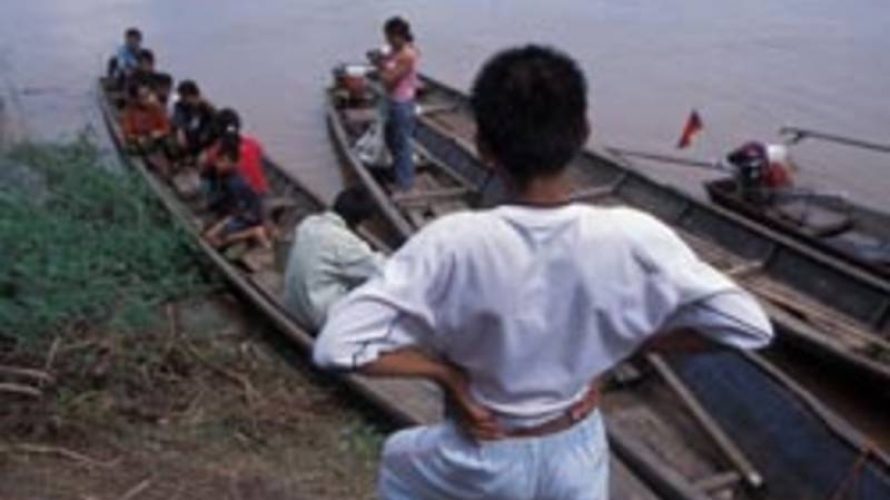 ©UNICEF/ HQ04-0737/Jim Holmes
LAO PEOPLE S DEMOCRATIC REPUBLIC: People prepare to cross the Mekong River into neighbouring Thailand in small boats, at an official border crossing in southern Lao PDR
Policy-related discussions in international fora in recent years have helped shape the research that is currently being pursued, including in showing that children were relatively invisible in such debates.

Disclaimer
On this page you will access background documents and presentations available on external sites. This material does not necessarily reflect the views of UNICEF.


The meeting examined UNICEF's possible responses to children's migration, spanning the sub-regions of Europe, North Africa and West and Central Africa. The irregular migration of children in these regions is now an ever-present problem that seems to be growing in scale. UNICEF's main concerns are the lack of integrated and concerted strategies between the various countries involved, and the paucity of knowledge to guide policy, advocacy and programmes. The meeting enabled participants to have a better perception of the issue, fostered a common understanding and outlined an inter-regional action plan along two lines: to conduct a qualitative study that spans the regions on children's migration; and to harmonize and improve the protection mechanisms and procedures for dealing with migrant children.