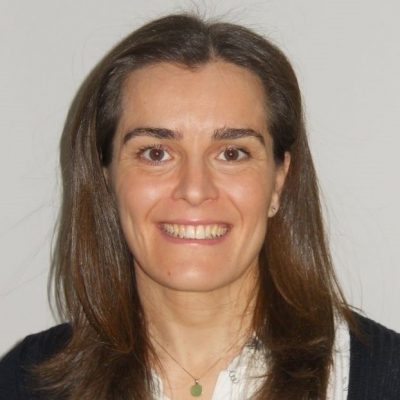 Valeria joined the UNICEF Office of Research - Innocenti in November 2016. She is contributing to assessing the impact of cash transfers in Sub-Saharan Africa on children’s schooling outcomes and participation in child labour. She previously worked as Research Associate for the German Institute for Economic Research in Berlin, where she specialized on the impact of weather shocks on individual human capital. Prior to this assignment, she has worked for the WTO and the ILO in Geneva, and the Italian Ministry of Foreign Affairs. Valeria holds a Master in Development Economics from the University of Sussex and a Ph.D. in Economics from the University of Milan. 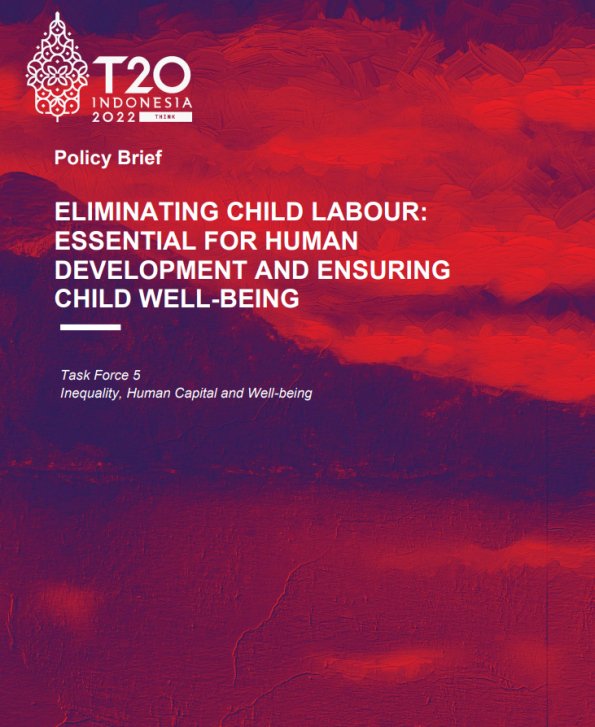 The brief highlights the interlinkages between child labour and human development and describes how ending economic deprivations, universalizing school education, expanding the coverage and improve the adequacy of social protection systems, and ensuring private sector engagement in protecting child rights can effectively eliminate child labour and promote inclusive growth and development. Evidence-informed, multi-sectoral, scalable solutions are presented that can ensure children are protected from economic exploitation and end the perpetuation of long-term cumulative deprivation. The brief presents actionable policy recommendations for the G20, drawing from the most recent global research and evidence on ending child labour.
Read the publication 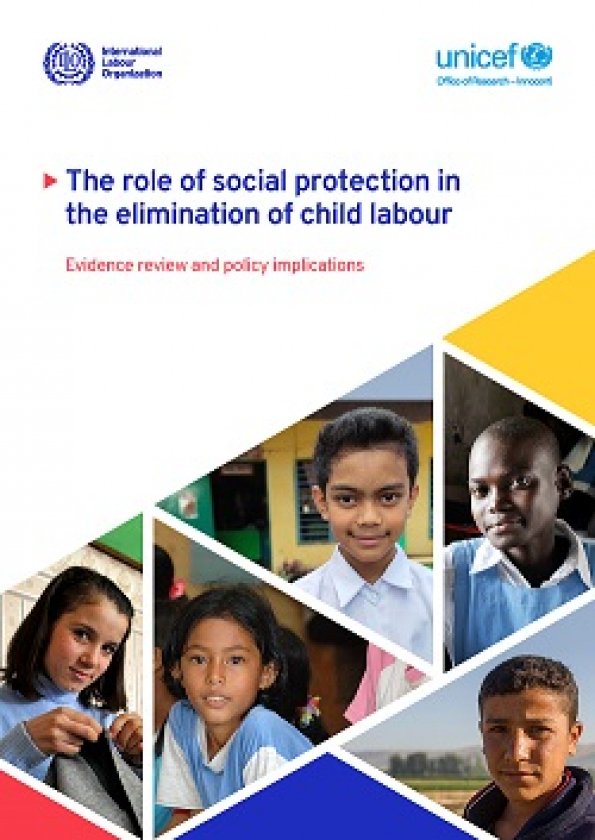 The role of social protection in the elimination of child labour: Evidence review and policy implications 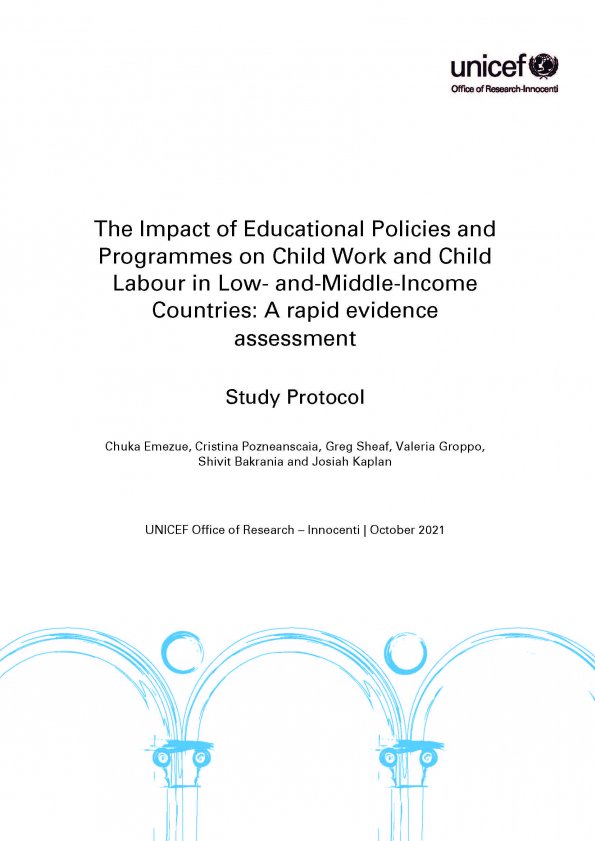 The Impact of Educational Policies and Programmes on Child Work and Child Labour in Low- and-Middle-Income Countries: A rapid evidence assessment (Study Protocol)

There is increasing evidence on the importance of education access and quality for the abolition of child labour. However, to date, only a few evidence assessments have documented the effectiveness of educational policies and programmes with respect to child labour. This Rapid Evidence Assessment (REA) aims to fill this gap by providing a comprehensive review of the effects of educational policies and programmes on child labour. With the objective to provide policy and programmatic recommendations, the review will focus on quantitative and mixed methods studies that identify causal effects. The REA will be complemented by an evidence gap map.
Read the publication 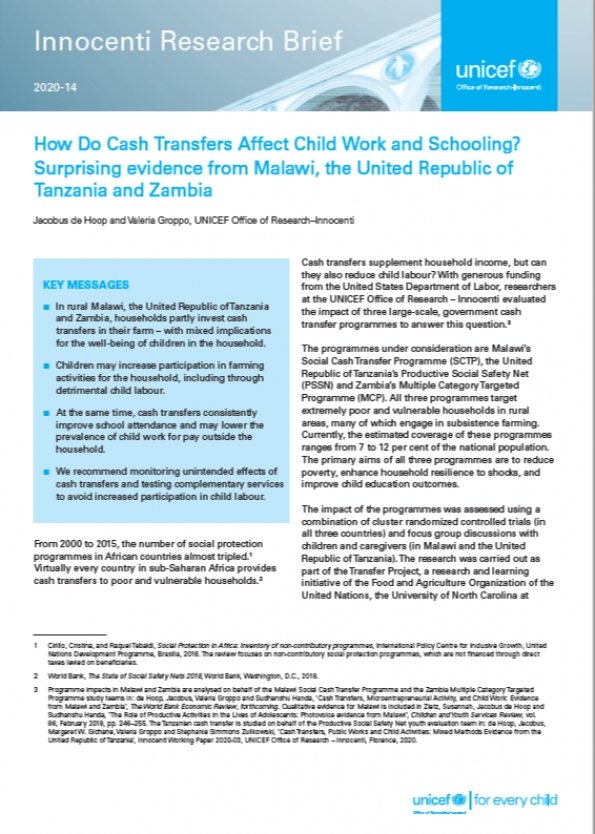 How Do Cash Transfers Affect Child Work and Schooling? Surprising evidence from Malawi, the United Republic of Tanzania and Zambia 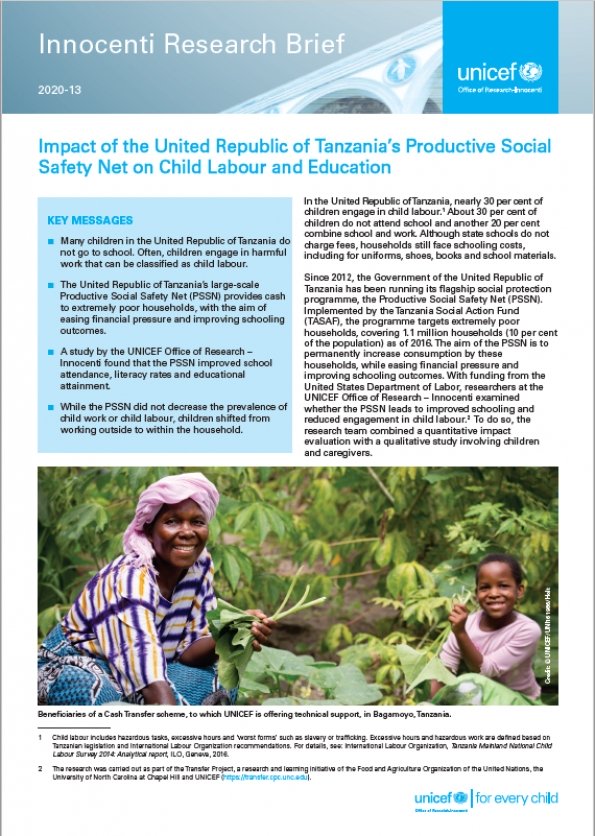 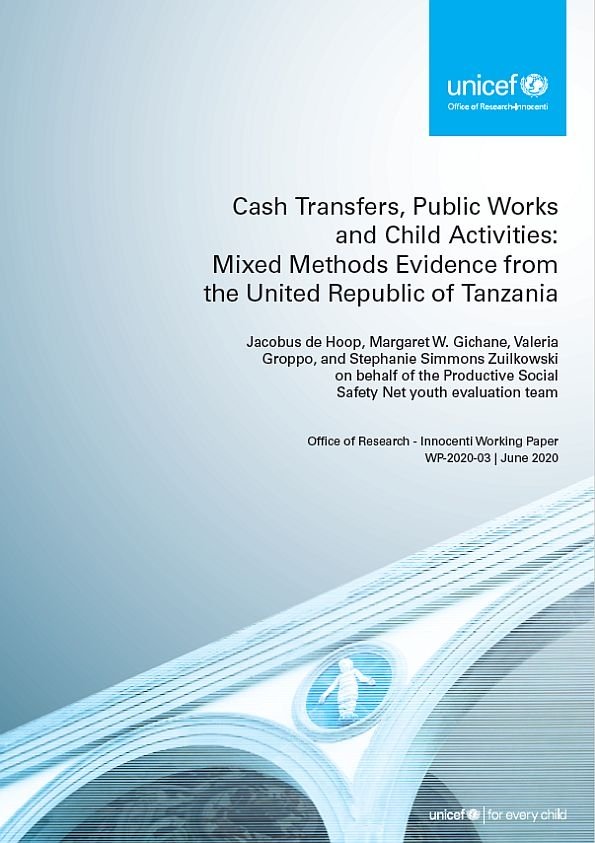 This paper examines the impact of the United Republic of Tanzania’s Productive Social Safety Net (PSSN) on child work and education.
Read the publication 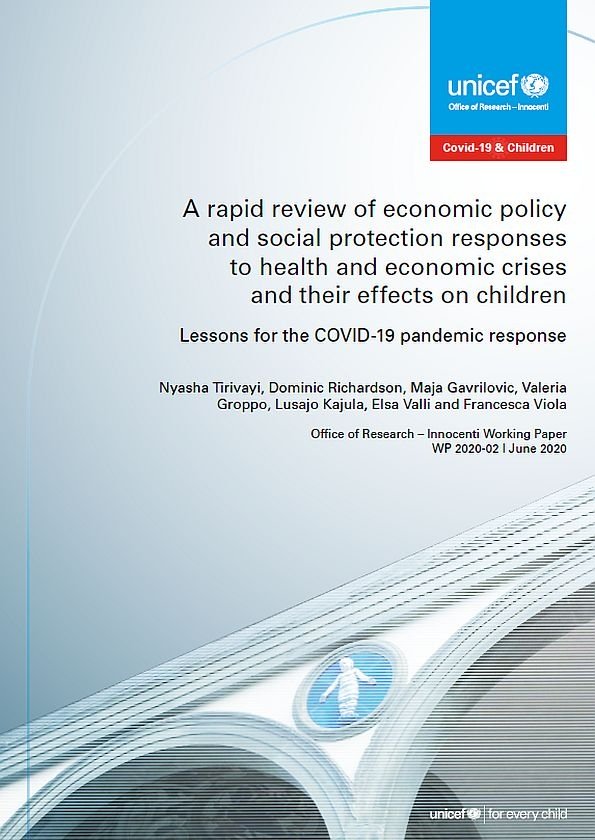 A Rapid Review of Economic Policy and Social Protection Responses to Health and Economic Crises and Their Effects on Children: Lessons for the COVID-19 pandemic response

This rapid review seeks to inform initial and long-term public policy responses to the COVID-19 pandemic by assessing evidence on past economic policy and social protection responses to health and economic crises and their effects on children and families. The review focuses on virus outbreaks/emergencies, economic crises and natural disasters which, similar to the COVID-19 pandemic, were rapid in onset, had wide-ranging geographical reach, and resulted in disruption of social services and economic sectors without affecting governance systems. Lessons are also drawn from the HIV/AIDS pandemic due to its impact on adult mortality rates and surviving children.
Read the publication 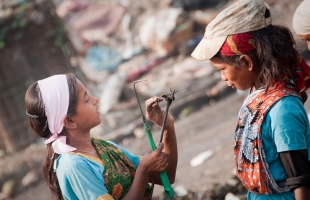 Since 2000, the global number of children involved in child labour has dropped by 94 million. While this progress is encouraging, it is not good enough, especially when we consider the immense and long-lasting negative impacts child labour has on child wellbeing. Even more disheartening is the slowing rate of decline during 2012-16 compared to the previous four years. The fact that 152 million children globally are still being deprived of their migrants, combined with school closures, will likely increase school dropout and child labour. Remote online learning is not an option when less than 25 per cent of children in India and Bangladesh have internet access. Now more than ever, we must assess which schooling solutions improve learning, while also reducing child labour. Significant and strategic investments in effective education policies and programmes can not only ensure that children return to school after lockdowns, but also play a vital role in ending child labour in South Asia.   Ramya Subrahmanian is Chief of Child Rights and Protection at UNICEF Innocenti. Valeria Groppo is Social Policy Specialist at UNICEF Innocenti.  Discover our work on Child Labour and education in India and Bangladesh.
Read the blog 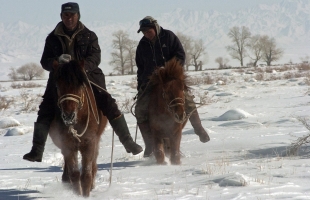 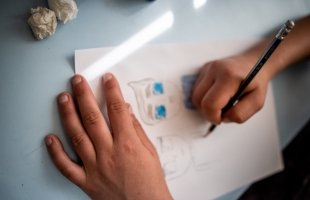 The workshop's objective is to establish current evidence and inform future direction for research on educational strategies to address child labour in India and Bangladesh. Bringing together 24 experts on the topics of child labour and education, as well as donors (DFID) and programme partners (ILO, UNICEF Regional Office for South Asia, IDS, UNICEF country offices), the workshop represents the main inception activity for the DFID-funded research project “Supporting DFID’s Asia Regional Child Labour Programme: Evidence on Educational Strategies to Address Child Labour in South Asia". The project is carried out by UNICEF Innocenti, as part of the broader DFID “Asia Regional Child Labour Programme”.
Go to the event