Martin Bell, UNICEF UK Ambassador and former BBC war correspondent, presents the latest UNICEF Debate and asks the tough questions: What drives youth involvement in conflict and civil unrest? What motivates them to join peace-building processes in post-conflict societies? Is the rapid growth of youth populations in many regions of the world a threat or an opportunity? Martin is joined by Richard Reeve, the Director of the Oxford Research Group's Sustainable Security Programme; Dr Siobhan McEvoy-Levy, Associate Professor of Political Science, and Fellow of the Desmond Tutu Centre for Peace, Reconciliation and Global Justice, at Butler University in Indianapolis; and Dr Lyndsay McLean Hilker, a Lecturer in Anthropology and International Development at the University of Sussex. 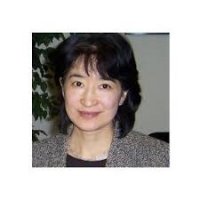 From victims to peacebuilders: children and youth in the digital age

Youth and the Challenges of 'Post-Conflict' Peacebuilding

Exploring the role of youth in reconciliation and conflict transformation