The Global Study
Independent Human Rights Institutions for Children, or 'Ombudspersons for Children', 'Child Advocates', 'Défenseurs', 'Defensorías' are institutions whose role is to monitor the actions of governments and other actors, investigate child rights violations, promote children's rights, and offer a space for dialogue between children and the State. A global movement for the development of independent institutions for children's rights has emerged since the 1980s and continues to grow, and their central role in the realization of children's rights has been increasingly recognized internationally.

Main purpose of the research

The renewed momentum since 2002 and the worldwide expansion of these institutions have generated a need for evidence-based understanding of their mandate, functioning and conditions for effectiveness. As part of its overall research on the general measures of implementation of the CRC, IRC has undertaken a Global Study to analyze the role of Independent Human Rights Institutions for Children.

The study is intended to support informed decision-making for countries that are seeking to establish or strengthen independent institutions for children's rights. Through partnerships with a wide range of actors in the research process it also seeks to enhance the capacity of UNICEF officials and partners to support follow-up on the findings. It further aims to support the Committee on the Rights of the Child in its guidance to States Parties and contributes to international debates on national systems for the fulfilment of children's rights.

The study could also contribute to strengthening the Global Network of Independent Human Rights Institutions for Children of which IRC is the Secretariat, as well as regional networks, by highlighting commonalities in approaches, strengths and challenges, among institutions across all regions of the globe.

The research is based on data collected about individual institutions through surveys, key informant interviews and review and analysis of relevant documents. It also benefits from the contribution of various experts, dialogues in seminars, and interaction with partners in the field. Throughout the research process and based on its long standing knowledge and position on this issue, IRC has been able to bridge research, policy advocacy and partnerships for positive results, and act as a reference point on Independent Human Rights Institutions for children.

Recognising that country situations and contexts vary greatly, the study does not propose any single model, but rather identifies the key elements required to ensure that the institution functions effectively.

Work undertaken under this thematic area has been generously funded by the Governments of Norway, Sweden, France and Switzerland. 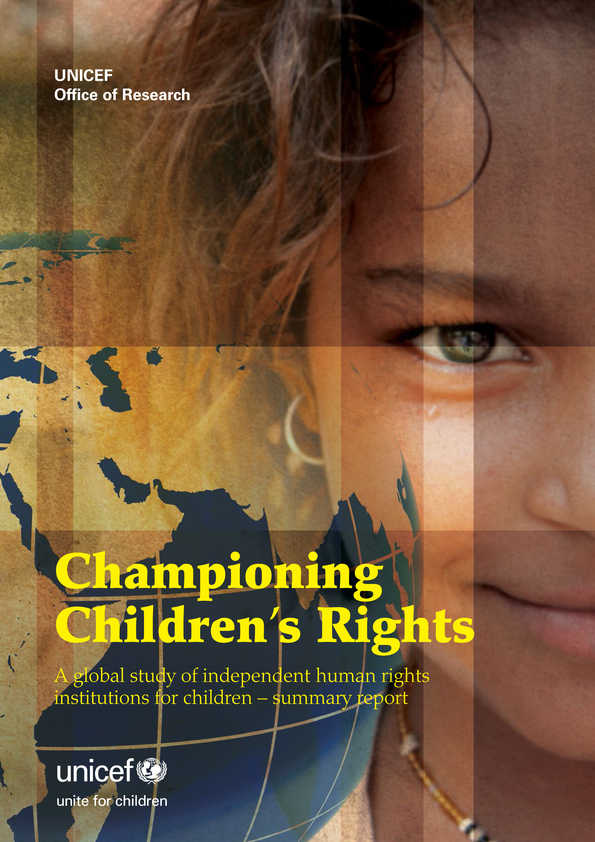 Independent human rights institutions for children have the unique role of facilitating governance processes specific to young people, and have emerged as important actors for the implementation of the Convention on the Rights of the Child. This study, globally the first comprehensive review of independent human rights institutions for children, takes stock of more than 20 years of their experience.
Read the publication 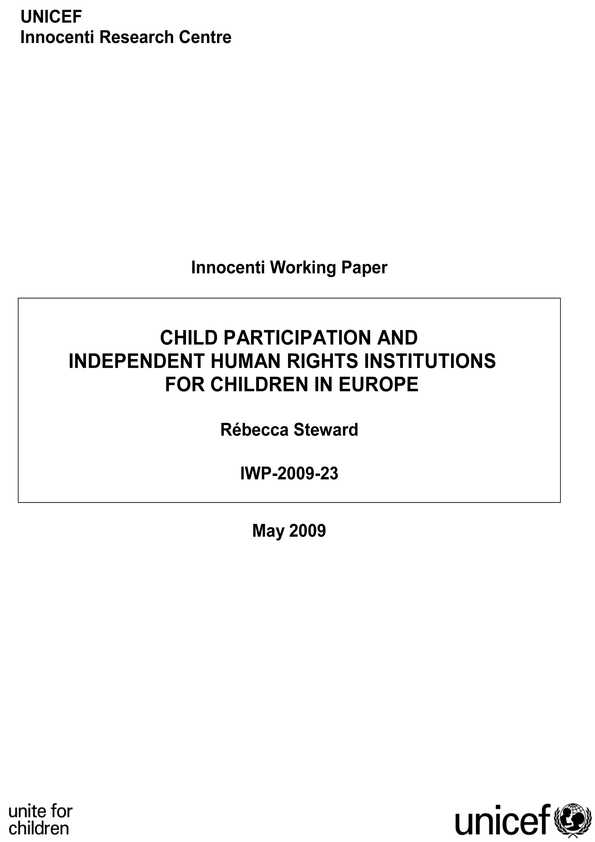 This paper focuses on the role played by independent human rights institutions for children in promoting children’s and adolescents’ participatory rights. It presents the conceptual and normative framework of participatory rights, including the approach of the Committee on the Rights of the Child. The paper analyses the involvement of children and adolescents in the functioning of these institutions in Europe.
Read the publication 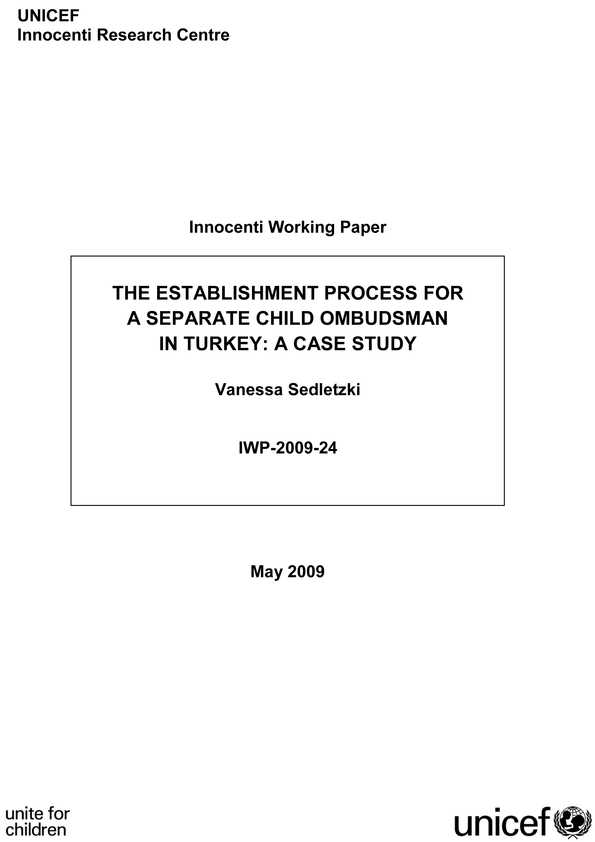 The Establishment Process for a Separate Child Ombudsman in Turkey: A case study

This paper provides an overview and analysis of the initial steps towards the establishment of a separate ombudsman for children in Turkey. Looking at children’s socio-economic conditions, the legal and political situation, as well as the perception of childhood in the country, it reviews the rationale for the creation of a children’s ombudsman. The paper then examines current processes from a child rights perspective, in particular with respect to the now cancelled general ombudsman law.
Read the publication 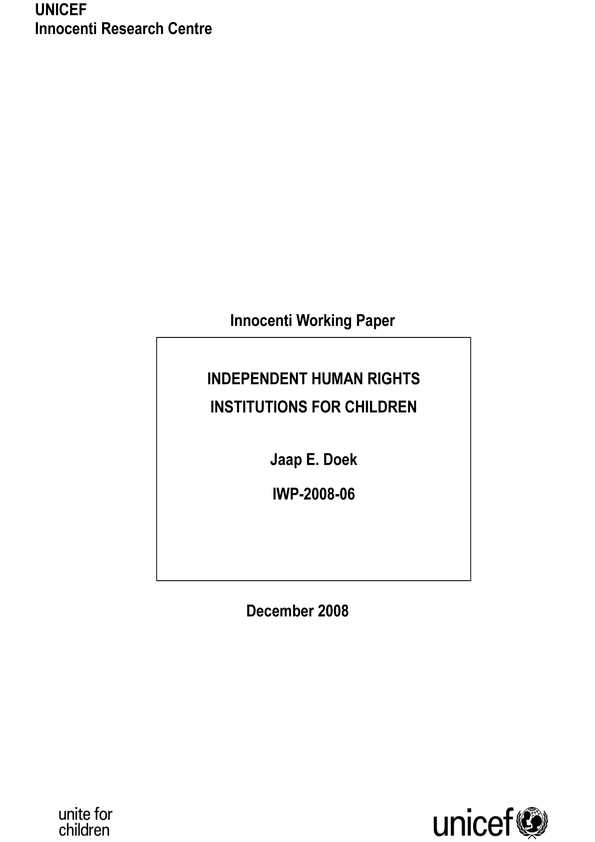 This working paper addresses the role, contribution and impact of independent human rights institutions for children (IHRICs), also referred to as children’s ombudspersons or children’s commissioners. It looks at these institutions from the perspective and jurisprudence of the Committee on the Rights of the Child (the Committee) and the global perspective on the perception of the child and childhood resulting from contributions of these institutions to the process of implementing the Convention on the Rights of the Child (CRC).
Read the publication 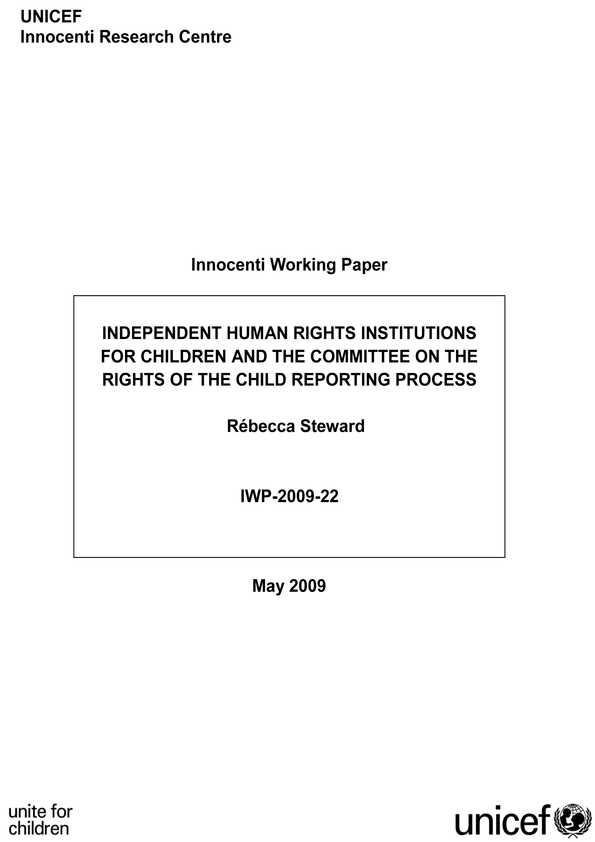 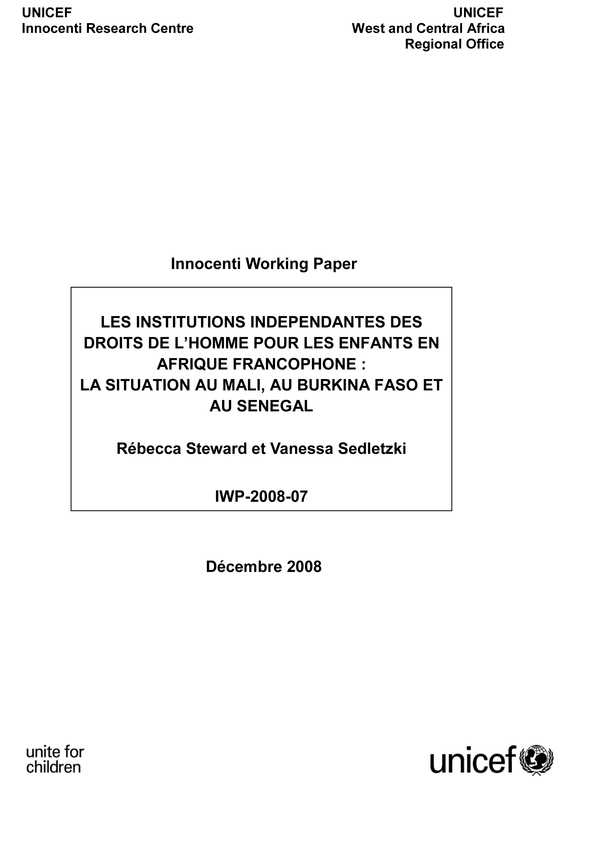 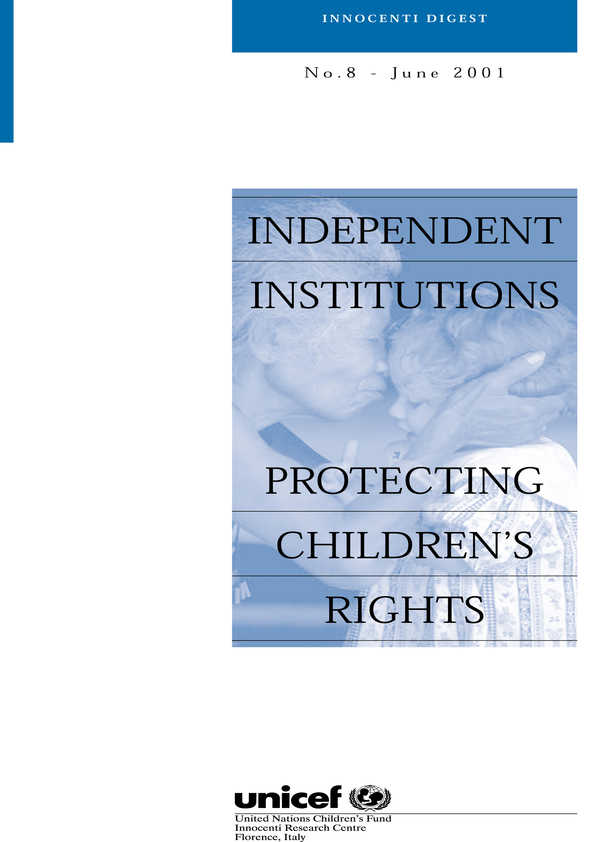 Children are among the most vulnerable group in any society, with no vote, no access to the powerful lobbies that influence government agendas, and little access to the legal system and courts to protect their rights. This Digest focuses on independent human rights institutions for children and the urgent need to create such institutions in every country in the world.
Read the publication 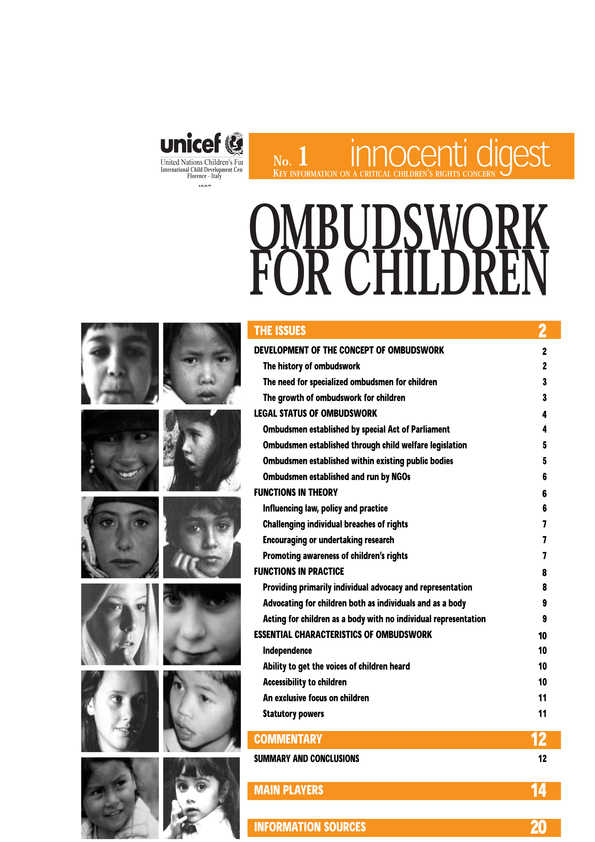 The first Innocenti Digest provides information on the recent and expanding phenomenon of ombudsmen/commissioners for children. It discusses the history of ombudswork and different patterns in the origin, development, mandate and status of the different types of ombudsman offices.
Read the publication

A Voice for Children: Speaking out as their Ombudsman 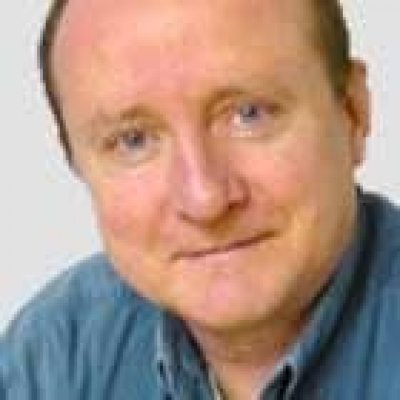 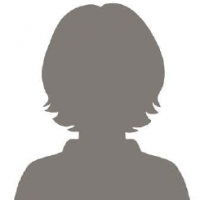 Implementation of the Convention on the Rights of the Child

Convention on the Rights of the Child

Rights of the Child

convention on the rights of the child

implementation of the crc