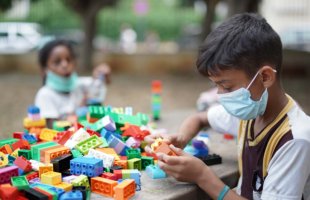 What were the immediate effects of life in lockdown on children?

Building on the first report in a series on child and adolescent mental health and timed with the launch of UNICEF’s State of the World’s Children 2021: On My Mind: Promoting, protecting, and caring for children’s mental health, a new report released for World Mental Health Day in 2021 looks at how the early stages of the global COVID-19 pandemic in 2020 affected the mental health of children and adolescents.
Read the article 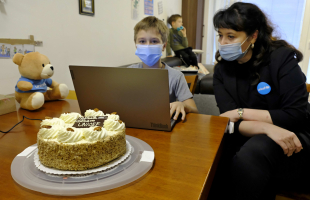 Prague/Florence, 30 September 2021 - As many as 35,000 children may be forced into life in poverty due to the effects of the COVID-19 pandemic. This figure is based on the estimates from the UNICEF Office of Research - Innocenti, the results of which were presented today by the Czech Committee of UNICEF.
Read the article 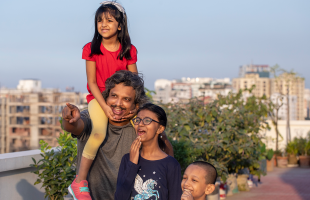 7 September 2021 - New research out today addresses what family-friendly policies look like in the South Asian context, where female labor force participation is very low and more than 90 per cent of workers are in the informal sector or under informal employment. Done in support and collaboration with UNICEF’s regional office in South Asia, UNICEF Innocenti’s new working paper considers how family-friendly policies can be responsive to the particular characteristics and circumstances of countries in the region – including multi-generation families, family units built around adolescent mothers (and sometimes fathers), and migration for work both within and outside countries. The research also tackles the question of how family-friendly policies might need to evolve in the face of the COVID-19 crisis. The associated advocacy brief: Reaching more families, benefiting more children and package of country reports identifies gaps and opportunities for family friendly policies in Afghanistan, Bangladesh, Bhutan, India, Maldives, Nepal, Pakistan and Sri Lanka.
Read the article 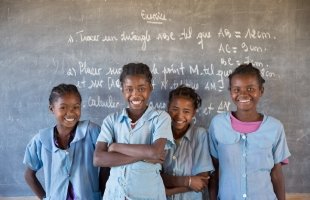 A new report by the International Labour Organization (ILO) provides a global overview of progress made around the world over the past decade in extending social protection and building rights-based social protection systems, in the context of COVID-19, and with input from UNICEF Innocenti on social protection gaps and opportunities for children.
Read the article 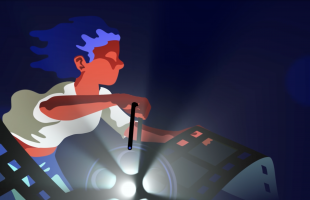 (26 August 2021) Showcasing the awe, excitement, uncertainty, and troubles of childhood, the UNICEF Innocenti Film Festival (UIFF) returns to Florence and online this October. 31 films from 26 countries depicting narratives of childhood will be shown, accompanied with dialogues between the film makers and UNICEF experts.
Read the article 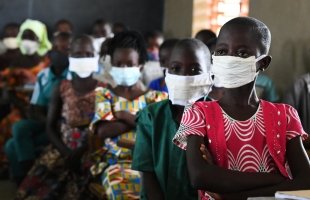 (29 July 2021, FLORENCE) From the outset of the COVID-19 pandemic, concerns about its impact on the mental health of children and young people were widespread. While the evidence is still emerging, there are many signs it could be severe and widespread. Faced with a potential “pandemic within a pandemic”, evidence-informed responses are urgently needed to support mental health. A new report by UNICEF Innocenti, ‘Mind Matters: Lessons from past crises for child and adolescent mental health during COVID-19’, reviews the impact of past crises (such as natural disasters and the HIV epidemic) on youth mental health with the aim of informing responses to the current crisis.
Read the article 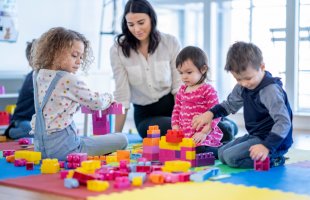 Affordable, quality childcare inaccessible in many of world’s wealthiest countries

NEW YORK and FLORENCE, 15 June 2021 – Affordable, quality childcare is inaccessible in some of the world’s wealthiest countries, according to a new report published today by UNICEF. Luxembourg, Sweden, Iceland, Norway and Germany rank the highest on childcare provisions among high-income countries. The United States, Slovakia, Australia, Cyprus, and Switzerland rank the lowest.
Read the article 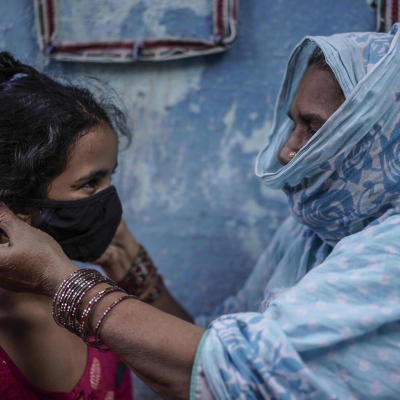 (31 May 2021) The COVID-19 pandemic dominated the landscape for UNICEF Innocenti’s work in 2020, bringing both opportunities and disruptions. The pandemic has underscored the power of utilizing research and evidence in addressing crisis and uncertainty, and in finding solutions to tough global challenges. Opportunities emerged in the shape of a Rapid Research Response to assess the pandemic’s impact on children, utilizing evidence syntheses, rapid assessment tools and agile communication modalities. In turn, thousands of users were empowered to gain access to UNICEF Innocenti’s research, knowledge management, ethical advice and convening power.
Read the publication 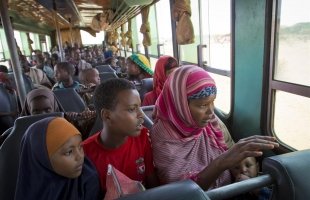 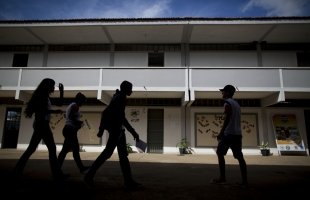 (8 April 2021) There is growing global recognition of the intersections between violence against women and violence against children. Currently there is insufficient interaction between these fields, and evidence on interventions to address these linkages is limited. It is vital to identify knowledge/evidence gaps to address the intersections of these two forms of violence in order to strengthen prevention and response programming to achieve the best outcomes for both women and children.
Read the article 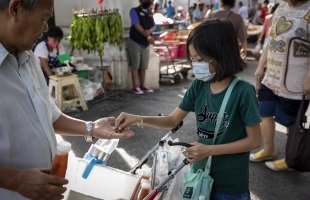 FLORENCE/NEW YORK, 1 April 2021 – Around 1 in 8 countries globally spends more on debt than on social services, according to a UNICEF report released today. COVID-19 and the Looming Debt Crisis notes that 25 countries globally – the majority of them already burdened by poverty and deprivation – spent a higher proportion of total government expenditure on debt service in 2019 than they did on education, health and social protection combined. Global efforts are needed to protect social spending, and with it the right of every child to social security, education and health services, says the report.
Read the article 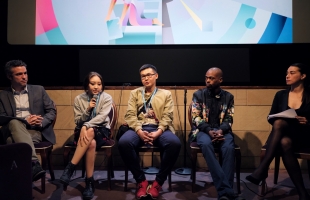 UNICEF Innocenti Film Festival returns for its second edition in 2021

(19 March 2021) In recognition of the power of film to spark dialogue and new thinking about children, we inaugurated the UNICEF Innocenti Film Festival (UIFF) on the theme, “Growing up. Stories from around the world” in 2019. Through our celebration of global cinema on childhood we discovered a rich and diverse body of work with the potential to spark deep thinking about the issues children face around the world.
Read the article
13 - 24 of 279